Less than a 20RMB taxi ride from the center of Xiamen is one of the areas popular beaches, which also features a wooden boardwalk which stretches along the beachfront. This wooden boardwalk, not in shot, winds its way along the beach and ocean front and goes for some way, but just beside this beach is Hulishan Mountain (sometimes also translated as Huli Hill or Huli Mt.), and back in 1894 during the Qing Dynasty they made a fortress out if it. This coastal defence system apparently came in handy when the Japanese warships arrived in 1937. 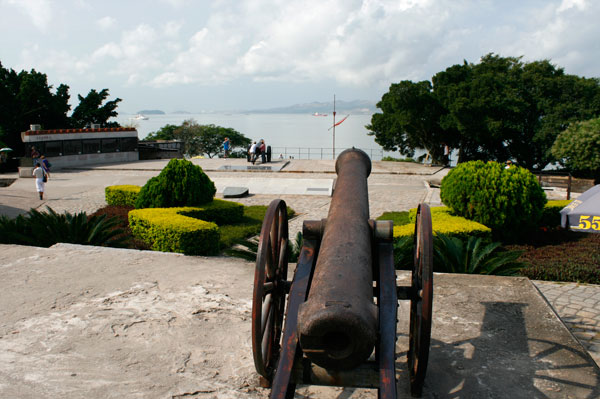 To be honest I stumbled upon the fortress by chance, I walked to the first break in the boardwalk, turned left and back inland, then saw the entry way to what looked like a tourist attraction of some kind! So, I wandered in, handed of 25RMB as per the sign and found myself inside an old fortress. It’s a well maintained attraction and offers spectacular views out to sea. 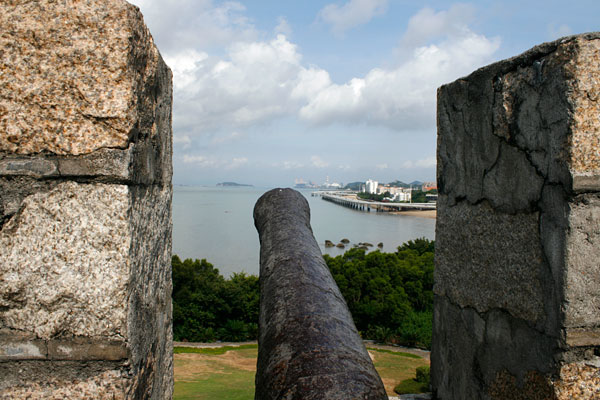 The fortress contains plenty of old cannons, but there’s one very special one being a massive German Krupp canon. 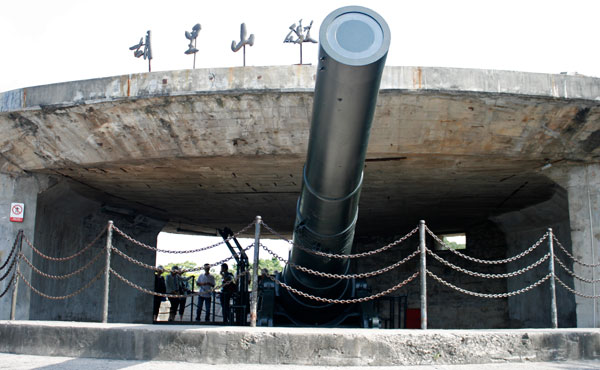