Exploring the Historic Centre is one of the top things to do in Macau and the cities number one tourist attraction also being inscribed on the World Heritage List. It’s a collection of buildings and temples that reflect the history of Macau, in particular, the history of east meets west, with most of the buildings reflecting the city’s Portuguese past.

The attractions are spread out around the south-west side of Macau Island, and the easiest way to take all this in is to get a Macau World Heritage brochure or a What’s on Macau map, which most hotels seem to have, and follow the walking route.

You could race through the walk in a couple of hours particularly if you are prepared to skip a few, but you could also just as easily spend a relaxing day wandering and sight-seeing. Myself, I started at the A-Ma Temple and ended at the Ruins of St Pauls Church.

The Senado Square area is quite popular and also features plenty of places to eat and shop. It’s also at the central area of all the sights.

The major drawcard of the heritage area is the Ruins of St. Pauls Church, Mount Fortress and Senado Square. 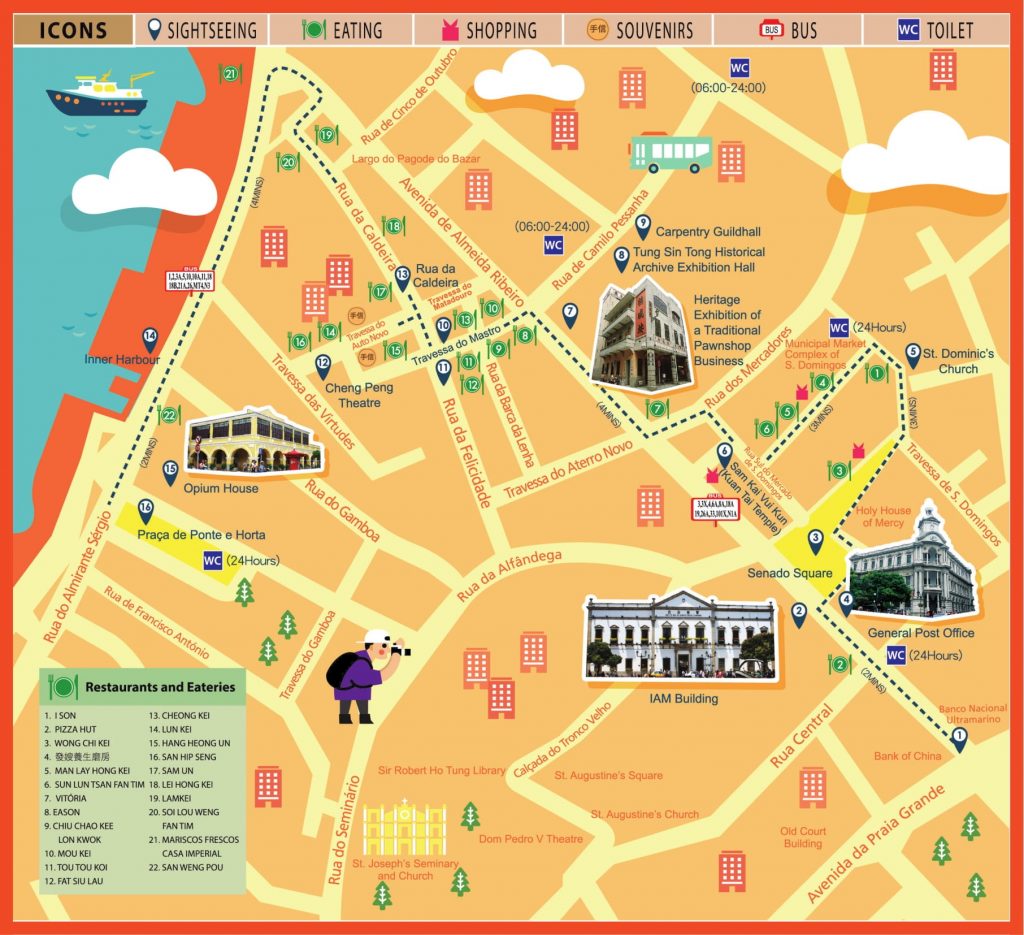 My Favorite Places to Stay in Macau