It’s that time again, when a whole country goes from ON… to OFF. The Spring Festival Travel Season, or Chunyun (春运), which goes for 40 days is well underway having started Jan 16 and will finish Feb 24. Many people wont finish work until tomorrow leaving them little time to get home for the all important re-union dinner on new years eve. Most will get around 7 days off, which is a mix of official days off and days accrued from working extra days prior. Some people will take extended leave and some even stay in their hometown for the month.

The Ministry of Transportation estimates that 3.62 billion trips will be made throughout the Spring Festival Travel Period. Which is kind of mind blowing. About 3.2 billion trips will be made by road (car/coach/chartered bus), about 42 million air flights will take place and 258 million train trips. Most train/plane/bus tickets were sold out long ago, most sold out within an hour of going on sale.

Tickets can be purchased online, but many migrants may not have access, so there are still people who will sleep inline for days at train stations for the chance to buy a ticket home. Many just wont get tickets, whether via internet or sleeping in lines. Many people will use a paid service to secure tickets.

Baidu has made a map showing the trips, using data from people who use there map via mobile (see it live here): 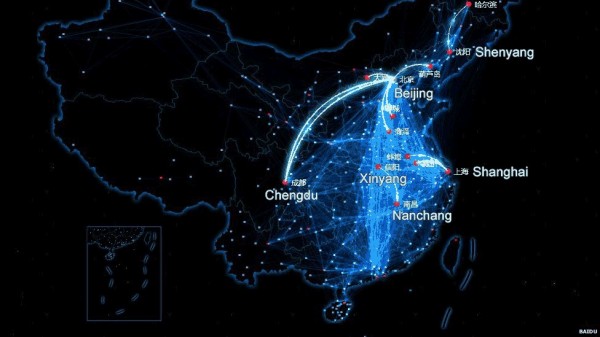 It’s such a big deal, for everyone, in the weeks preceding its all about getting the tickets and the first thing to come out of peoples mouths is what date there leaving, particularly in Shenzhen, being a migrant city of 12 million or so, you can really get a feel for it here, as people simply drain out of the city. Walking around today it already feels like a ghost town compared to just a week ago. Shops have closed signs, it’s easy to get a seat at a cafe or on the subway..it’s kinda surreal.

Possibly not so leisurely at the train station though……

A crowd at Shanghai Station: 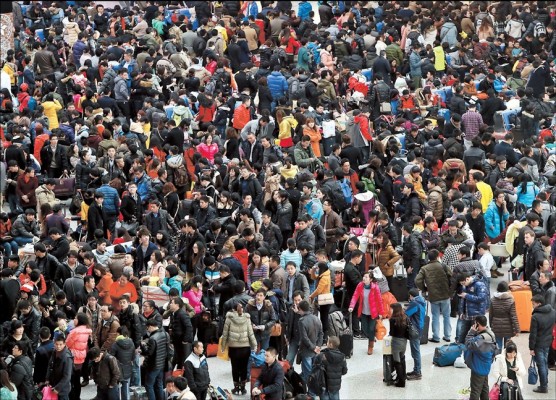 At a railway station in Hangzhou 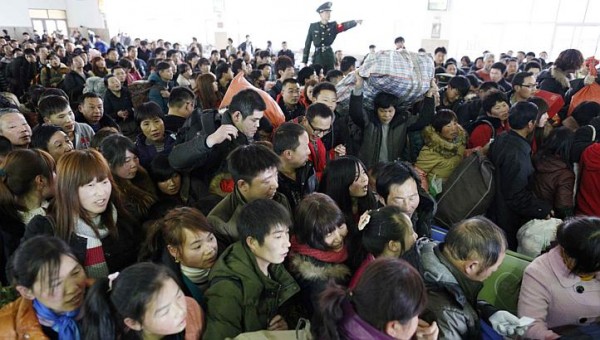 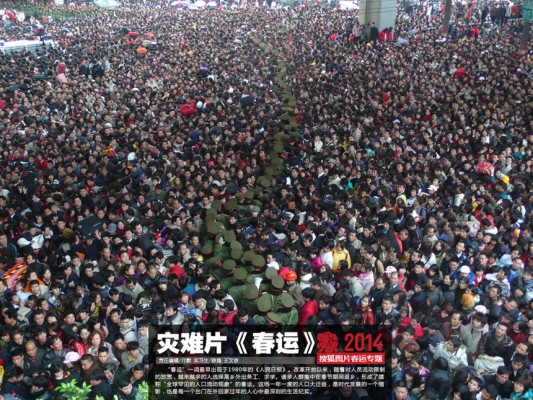 I’m lucky I don’t have to travel….

So what do the trains look like after a 20 hour journey (more at Shanghaiist): 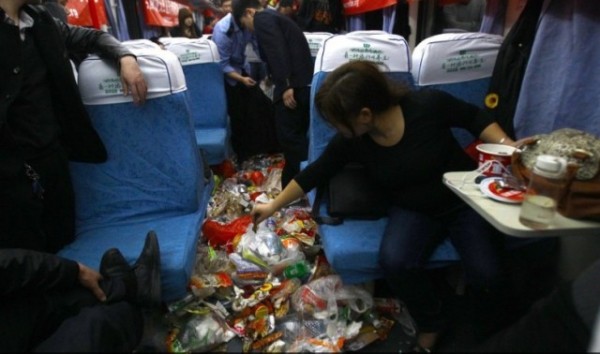 Standing tickets are also sold (at the same price as seating), so many people may stand, or lay on the floor for 20-36 hours of the joy-filled journey home (more at ChinaSmack) 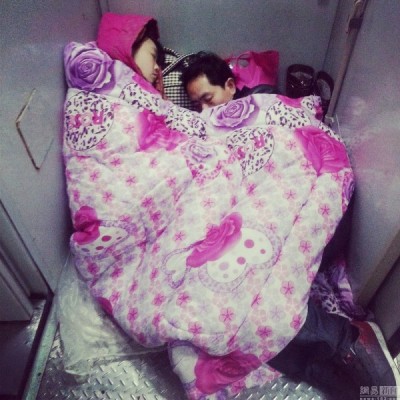 And if there’s not other way for your 20-30 hour trip home, load up your bike (photos from previous years): 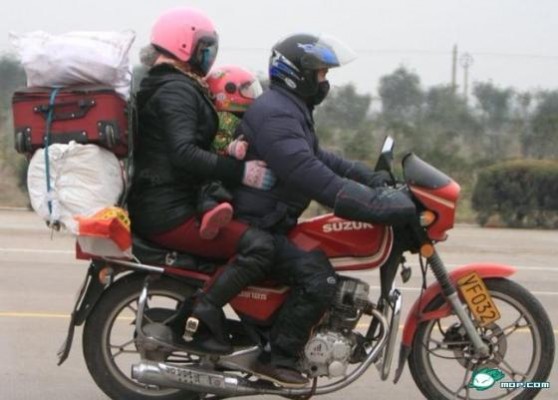 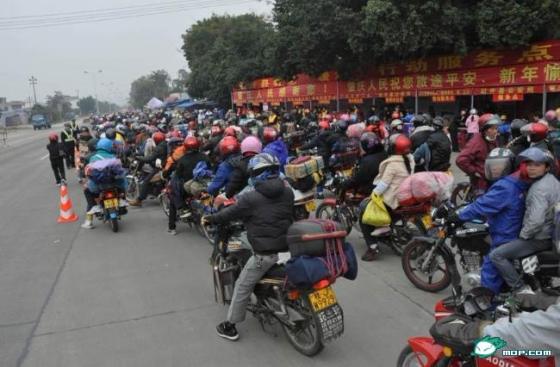