Chinese love their bicycles, ranging from the standard push bike through to home made three wheelers, they are absolutely everywhere. China has the largest fleet of bicycles in the world but as history tells the story the Chinese where quite slow to catch on to this thing with ‘two wheels connected by pipe’.

So the story goes, at the suggestion of the British, a Chinese diplomatic mission went to several western countries in the mid 1800’s and came home with reports of all kinds of wonders. From their translated reports after visiting France they wrote of a “cycling device” explaining that:

people ride on a vehicle with only two wheels, which is held together by a pipe. They sit above this pipe and push forward with movements of their feet, thus keeping the vehicle moving. There’s yet another kind of construction which is propelled by foot pedaling. They dash along like galloping horses.

But it apparently wasn’t until the early to mid 1900’s when Chinas love affair with the bicycle began to blossom, to now become a country that produces over 80,000,000 bikes per year.

See the photos section for a stack of photos of bikes in China.

Some of the most interesting adaptions of this ‘cycling device’ are those used as workhorses, I’ve never seen a ute here, the three wheel trayback bike does the business…. 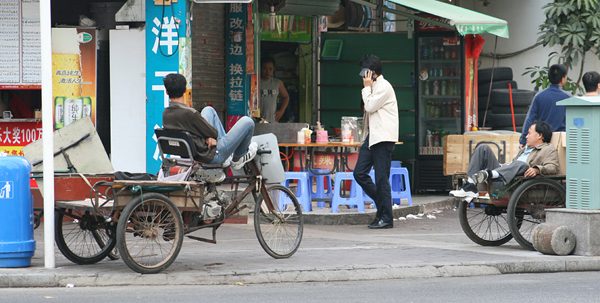 The trayback bike is everywhere, used for courier jobs, family vehicle and hugely popular as a shop on wheels. Where ever theres a crowd of people these three wheelers will roll in and set up shop, selling anything from fresh cane juice, hot foods, and fully fledged market stalls selling clothes, dvds and more from the back of the bike… 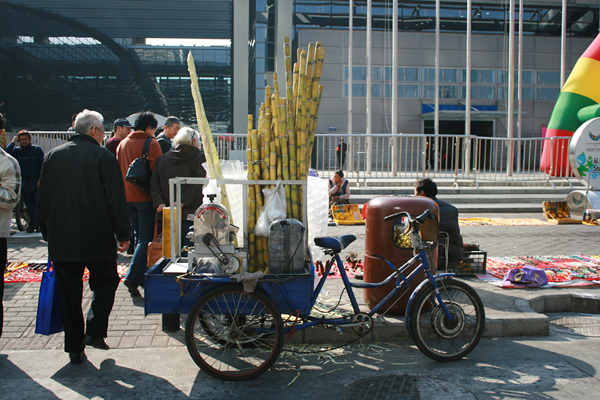 In some areas theyre popular as taxis too, the first picture below is a common sight around Beijing.. 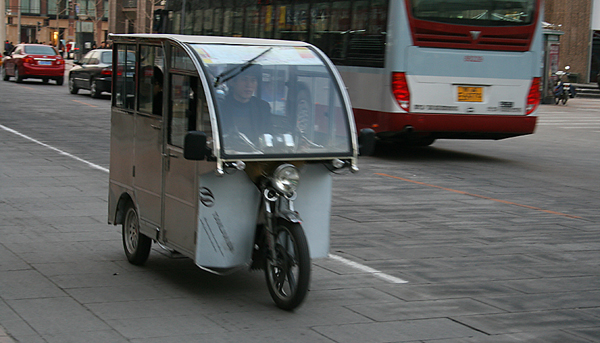 Most bikes and trikes have some kind of battery powered electric assist, petrol powered bikes are rarely seen except in the rural areas. The custom made workhorses, as per below, look like real comfortable cruisers … Where do they ride these? Everywhere, welcome to the wild wild west! 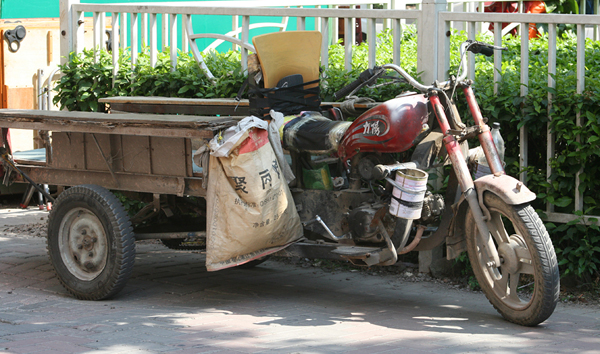