Guangdong Provinces’s smaller cities can be quite fascinating and uniquely diverse, Zhongshan makes a perfect example of this, here’s a small city set inland from the coast and some distance from the big powerhouse cities of Guangzhou and Shenzhen yet it’s amazingly culturally diverse and mature city.

Walking around certain parts of Zhongshan had me thinking of Melbourne Australia, leafy streets, relaxed feeling and coffee shops. In other cities of Guangdong, you may struggle to find a good cup but not here. The first Starbucks I bumped into was near the bus station where I got off after a trip from Shenzhen, later I found another Starbucks and now know there are 5 stores in Zhongshan. I’m not really a Starbucks fan but I think the amount of stores tells a story about this city, other comparable cities in the region have, well, none. There’s Pacific Coffee also, plus Costa Coffee and numerous independent shops grinding the beans.

Sticking to the topic of food and coffee an interesting shop I bumped into was called ‘Sugar Secret’, you’d almost think you were in Hong Kong when you bump into a shop like this, It got better as there was a wonderful smelling (genuine) Italian Pizza place (Italy Square) not too far away. 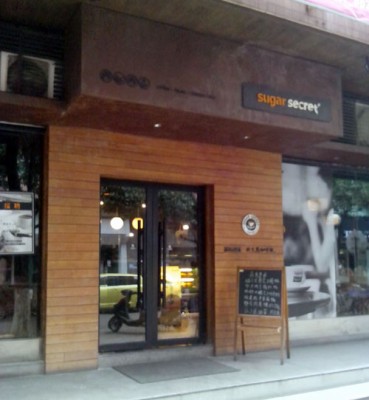 The reasonably new Lihe Plaza, which incorporates the Hilton Hotel, features several coffee shops and cafes and shops, and seems like a pretty easy place to kill time if that’s what you are up for.

Zhongshan Sunxi Walking Street (located on Sunwen West Road) is an easy place for a stroll around and admire the distinctively European styled architecture. It’s a popular place for shopping in Zhongshan, mostly mid-range range stores tailored for the local market with clothes, popular local snack being almond cakes, and more. 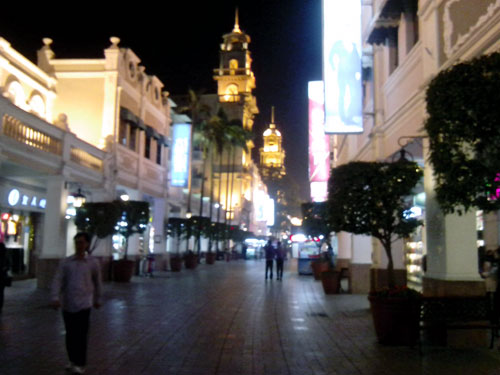 For other shopping, I checked out a couple of markets, Shaxi Casual Clothes and a couple more nearby but there’s not much to interest me. All local stuff. If you are a wholesaler the city may have something to interest you with towns within Zhongshan specializing in the production of certain goods:

Dachong Town is the largest production base for rosewood furniture, they also make jeans there
Dongfeng Town is known for household appliances and alarm systems
Guzhen Town is the largest manufacturing base for lighting products in China
Huangpu Town for foodstuffs like cured meats
Shaxi Town for casual wear manufacturing
Xiaolan Town for locks and hardware, and audio products

This city is actually somewhat important in China’s modern history due to it being the birthplace of Dr. Sun Yat-sen, the pivotal figure in the overthrow of the Qing Dynasty. 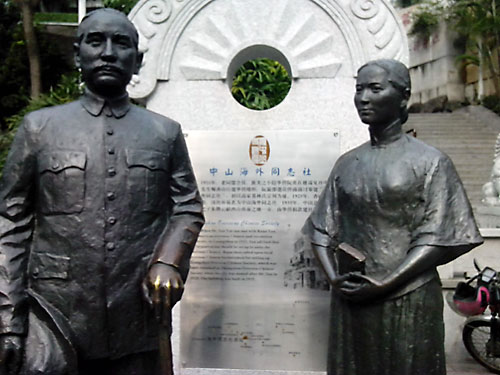 The Memorial Hall of Dr. Sun Yat-sen includes a park area and inside many artifacts and pictures telling the history of Zhongshan and it’s people. 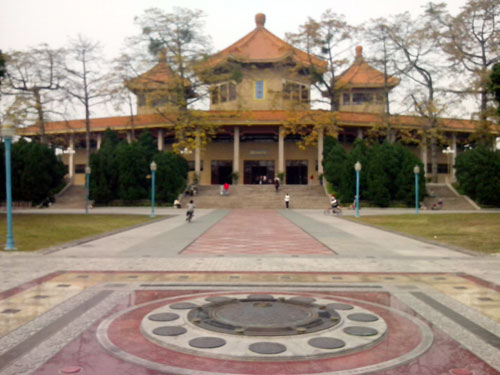 I stayed at the Fuhua Hotel, which is very central to most of the major attractions, near to the Sheraton where there is a Starbucks, plus it’s clean, comfortable and a fair price.

The Top Ten attractions and things to do in Zhongshan