Initially, I’d only booked two nights at the Pousada Marina Infante Hotel and when I got around to asking to extend for another night, the price had doubled, bugger. So it was onto the online accommodation sites again and this time cTrip had the best deal.

The Ole London Hotel was the cheapest option listed and looked reasonable,  its located on the main part of Macau and very close to Macau’s Historic area. 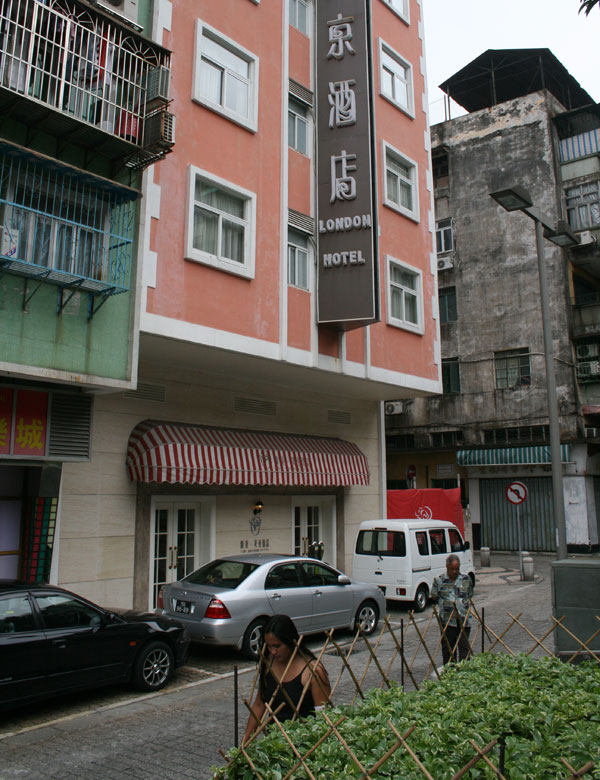 All the taxi drivers know the place by its English name too, which is handy, and the place is right next door to the Best Western Sun Sun. The hotel is a bit of a walk to the major casinos like Lisboa, Wynn or the MGM Grand, but it’s only about 17HKD in a taxi (less than $3 aud). There’s also a bus stop nearby.

There’s nothing extravagant about the Ole London Hotel but it has the basics right, very right, they could probably teach many of the four-star places I’ve stayed at a thing or two about how to set up a bed, and how to keep a place clean! 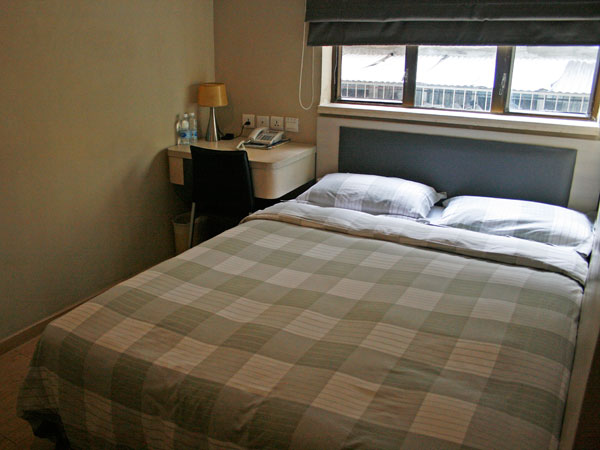 The hotel has a really nice cozy feel to it featuring tasteful but simple decor matching the Macau heritage. The staff are very friendly, easy going and helpful with local knowledge.

The cleanliness is A1, both in the rooms and the throughout the hotel. The rooms feature a modern looking bathroom with new looking fixtures and fittings, the shower has plenty of hot water, plenty of pressure and a wonderful big shower head. The bed was nice and soft! A really hard thing to find in China! The pillows were nice and fluffy as was the bedspread/doona. So comfortable I didn’t want to get out of it! 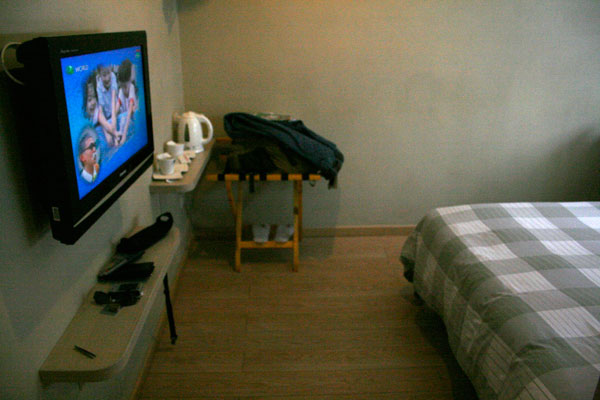 The rooms have free wi-fi internet, which works ok at times, along with a large screen LCD with loads of channels, many English speaking, and an air-conditioner. 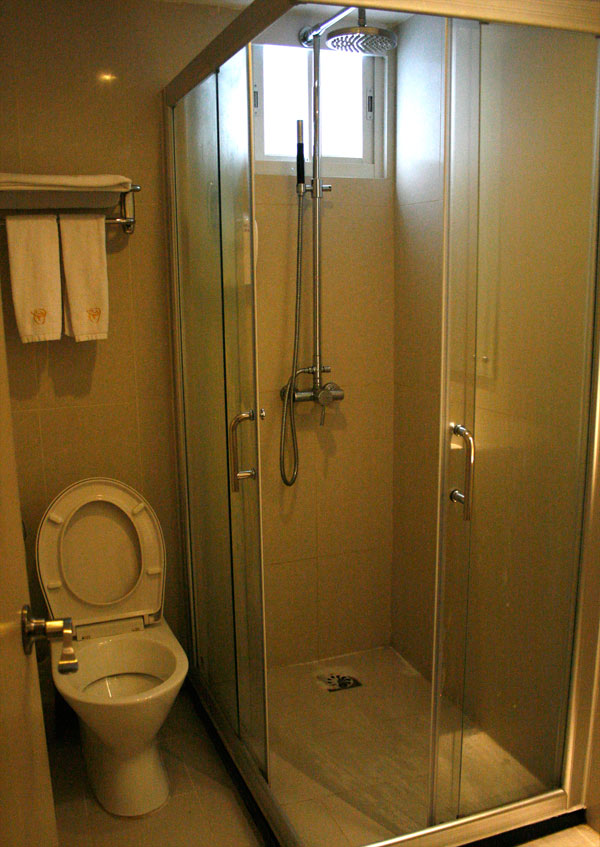 The mini breakfast buffet is extra but only 28 HKD, or MOP, which is pretty cheap and included freshly cooked eggs, ham, and sausage along with noodles, cereal, salad, juice and great coffee from the cappuccino machine.

Final thoughts on the Ole London Hotel: It’s basic, but would definitely stay again, it’s comfortable, relaxed, clean and quite. Friendly and helpful staff are a big bonus (English speaking too!).

For the latest rates and specials at the Ole London see here.

Check here for a map of other Macau hotels and an intro to the area. 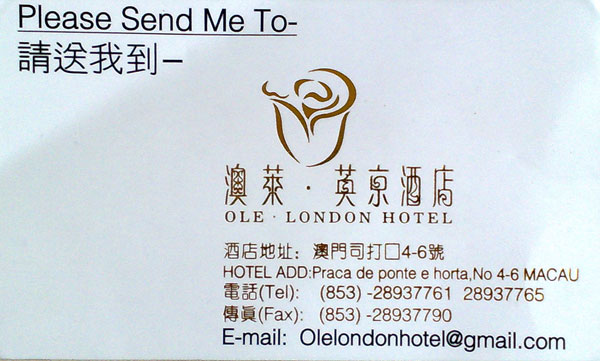