Zhangjiajie (张家界市), a city located in Hunan Province, is famed for its mountainous regions featuring karst rock formations that were the inspiration for the scenes in the movie Avatar. Near to the city is the Wulingyuan Scenic Area featuring large-scale limestone karst landforms in the northern part of the scenic spot have been eroded and dissolved by the transition of hundreds of millions of years of rivers, forming spectacular landscapes and native wonders.

The area is also home to more than 400 species of wild animals and more than 850 species of plants many of which are classed as protected by national laws. Wulingyuan is known as the maze of nature, the museum of geology, the kingdom of forests, the gardens of plants, and the paradise of wildlife. It is also UNESCO listed and a national 5A tourist attraction. 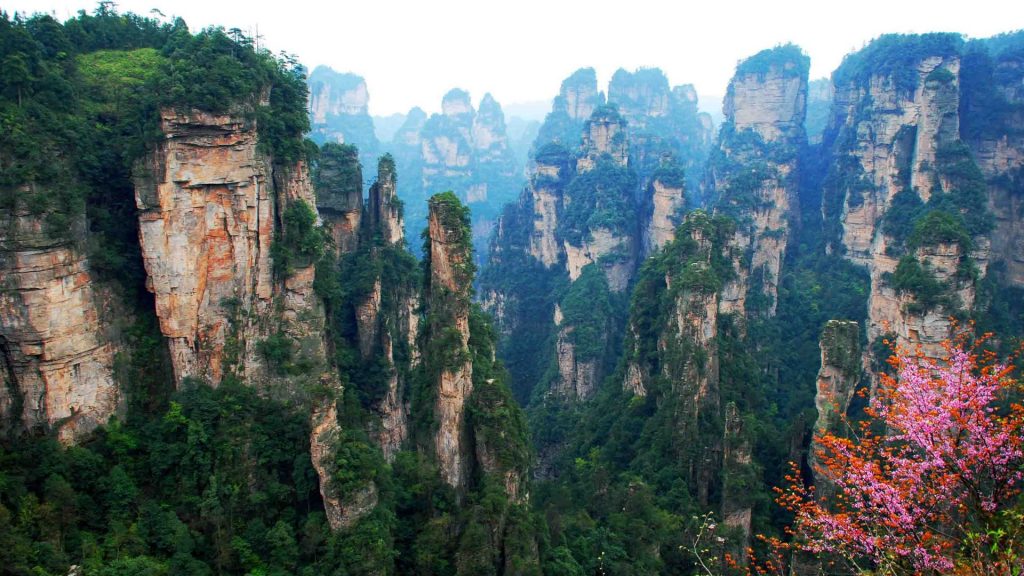 Covering an area of ​​130 square kilometers it was China’s first national forest park. This area captures the essence of Zhangjiajie’s famous landscapes with over 2000 sandstone pinnacles and lush trees. Within Zhangjiajie National Forest Park the three main areas are Suoxiyu, Yangjiajie, and Tianzi Mountain. Each area of the park has its own character and attractions.

Time: 2-4 days to explore all the sites 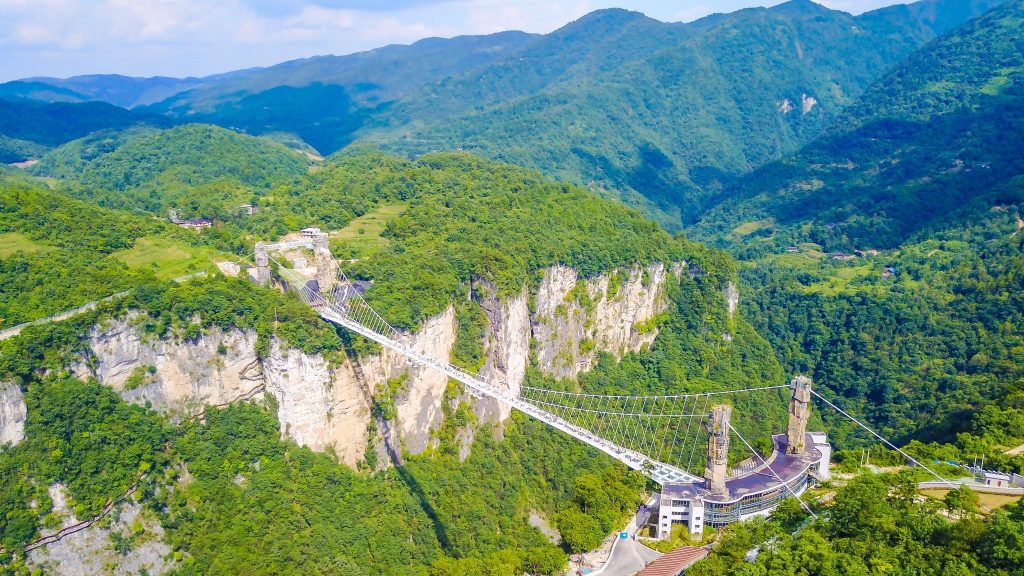 Located near Wulingyan in Sanguan Township it offers the world-famous glass bridge that spans the epically beautiful canyon. The Grand Canyon is a 4A rated national scenic attraction that was only developed as recently as 2011. Main attractions here are

Time: you can spend 4 hours here

Getting There: From Zhangjiajie Central Bus Station (张家界中心汽车站) take the bus to Wulingyuan  Bus Station (张家界武陵源汽车站) which takes about 50-70 minutes. Then take the “Wulingyuan–Grand Canyon” line (武陵源–大峡谷) to the site taking around 30 minutes. 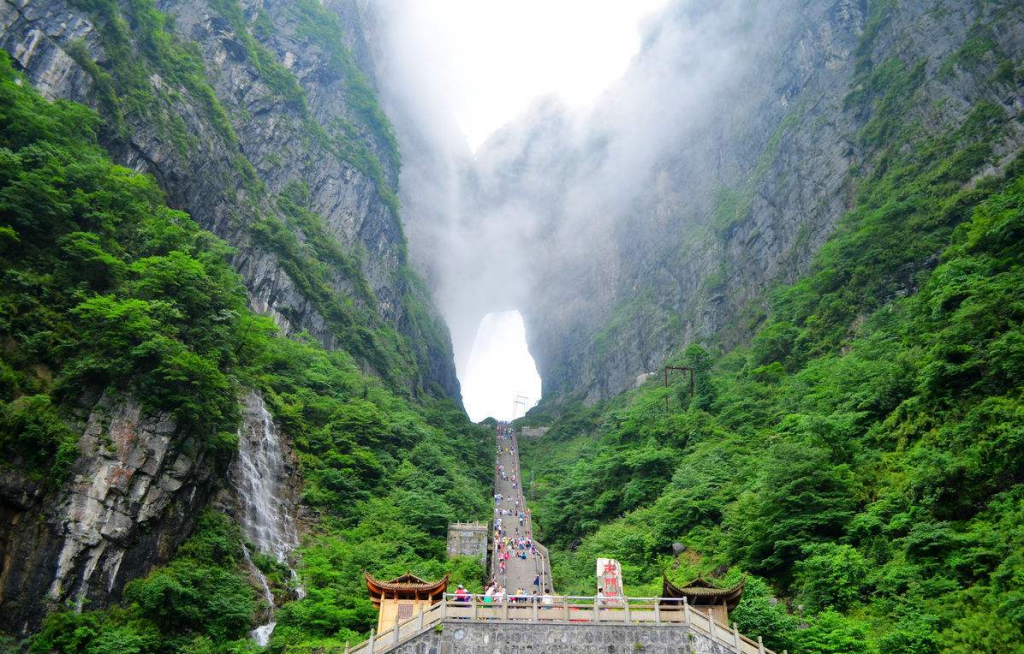 Located 8km away from Zhangjiajie city center, it is the highest mountain in Zhangjiajie, with the main peak of 1518.6 meters (4982.3 feet) high. It is famous for beautiful scenery and key attractions including

Time: you can spend 4-6 hours here

Getting There: It is cheap and convenient to take a taxi from anywhere in Zhangjiajie to get to the Tianmen Mountain ticket office (天门山国家森林公园索道售票处), and then take the cable car up to the top. Most people choose the A route which is cable car up and bus back down later in the day. It is suggested to get there early (before opening) to beat the lines.

April to May is Springtime and is a favorable time to visit with temps from 15 to 25c and whilst there is more chance of rain at this time of year it can also add to the beauty of the mountain. The average annual precipitation in the territory is 1380.0~1450.0 mm. The precipitation is unevenly distributed every month, concentrated in April to July. The concentration period of heavy precipitation is from May to July, and the precipitation reaches 650 mm, accounting for 46% of the total. From December to January, there is less precipitation, about 56 mm, which accounts for only 4% of the total.

August to September is a relatively dry season. August has the highest average of sunny days with 202.5 hours of sunshine; the least in February, the average is 55.7 hours. The period from September to October is also busiest with its sunny days and comfortable weather and little rain.

December-February can possibly see snow. The snowfall in Wulingyuan Scenic Area is mainly concentrated from December to February and temperatures range from 3 to 10c.

Zhangjiajie Hehua Airport (张家界荷花国际机场) serves mostly local flights from major domestic airports across China. The airport is around 5 km from Zhangjiajie city and around 40 kilometers from Wulingyuan Scenic Area and Zhangjiajie Forest Park.

From the airport to the city, you can take bus #4 (4路内环) which does a loop of the city (see route on Baidu Maps) or take a taxi which will cost 15-20 RMB.

The station is central to the city and also near to the Tianmen Cable Car ticket office. It is simple and convenient to take a taxi from here to your hotel/guesthouse. Zhangjiajie Central Bus Station (张家界中心汽车站) is also near the train station and from here you can take buses to Wuligyuan for 12 RMB (40-minute journey).

Located just 5kms from central Zhangjiajie it will offer fast bullet trains to major cities, it will open in late 2019/early 2020. It will connect to Changsha, Yichang, Guilin, Chongqing, Wuhan, Guangzhou, Shenzhen, and others.

Where to stay in Zhangjiajie