Nanjing, the capital of Jiangsu Province, is a beautiful, charming and ancient city that has a progressive feel. It has a long history dating back as far as 472 BC and has been the home of many of China’s emperors thus giving the city a rich treasure trove of cultural relics and historic sites.

Nanjing’s rich history traces back to 495BC and has been the country’s capital on more than one occasion. It was the capital of the Ming empire from 1368 to 1421 during which time it was also believed to be one of the largest cities in the world.

In 1842, during the Opium War, British troops invaded Nanjing and the Treaty of Nanjing was drawn between the Chinese and the British.

In 1911 the city was central in the revolution led by Dr. Sat Yun Sen which led to the downfall of Chinas last emperor and the Qing Dynasty. It was at that time the then-new Republic of China was formed. Chiang Kai-shek took over leadership of the Kuomintang (KMT) political party led by Dr. Sat Yun Sen in 1925.

As much as the city has seen some great times in Chinas history, it has also seen some of the worse. The year was 1937 when the Japanese, just after taking control of Shanghai, invaded Nanjing and in a bloody battle took control of the city. During their 6 week occupation the Japanese were brutal, inflicting was is now referred to as the Nanjing Massacre where it’s claimed 300,000 Chinese died.

Not long after the Japanese occupation had ended, old political battles re-ignited, and the growing Chinese Communist Party (CCP) led by Mao Zedong, which had played a lead role in driving the Japanese out of the country, was keen to see the in-power KMT party step aside. After failed negotiations of the Americans for peace between the two groups in 1946, a civil war saw the demise of the KMT party. The KMT party fled to a nearby island and formed what is now Taiwan.

As you can see, Nanjing, for better or worse, has been part of several major events in history and in the forming modern China itself. For its historic attractions, its place in Chinese history, and it’s modern rebirth, it’s on my list of the top cities to visit in China.

Today, Nanjing is a modern metropolis home to over 8 million people. Nanjing is a major education center, transport hub, and tourism center.

The Top Ten Attractions & Things to do in Nanjing

10. Yuejiang Tower（阅江楼）
Address: Located at the top of the Lion Mountain in the northwest of Nanjing
Admission:40 CNY

There are many more historic sites and places to see in Nanjing including:

The Top Ten things to Eat in Nanjing 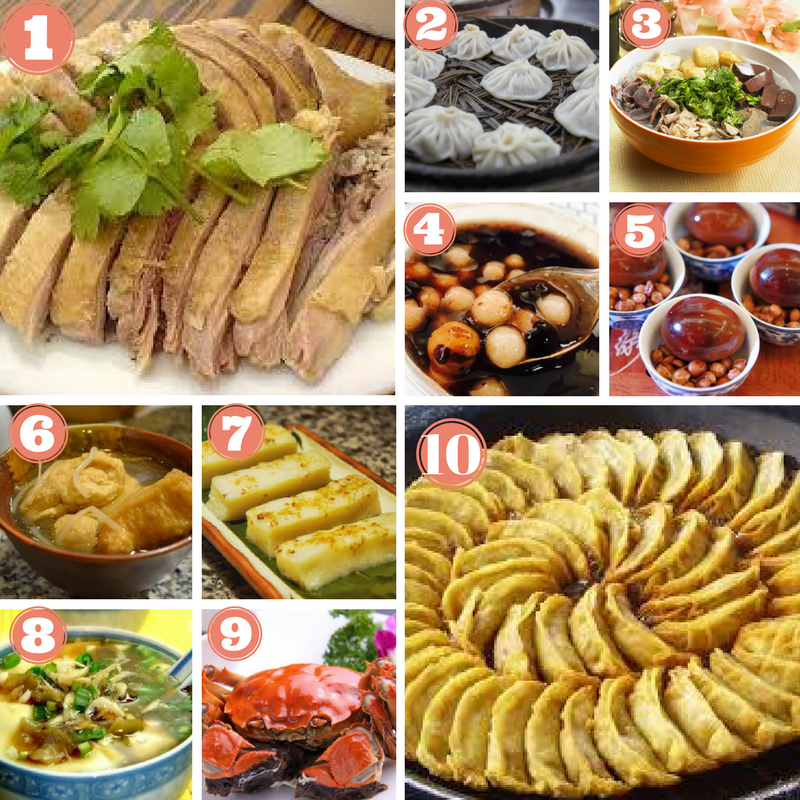 Map of Attractions plus the Top Ten Nanjing Hotels

Alternate picks for the top Nanjing Hotels based on guest reviews.

Flights
Nanjing Lukou International Airport is one of the main air hubs in the country. You can fly domestically and internationally to over 70 destinations. CN Website only: http://www.njiairport.com. The airport is located around 43 KM from the city center and there are two shuttle lines operating between the two, each cost 20 CNY per trip. A taxi from the airport will cost around 100 CNY + to the city center. You can also take the metro line S1 to South Railway Station and transfer to either line 1 or 3 depending on your final destination.

You can take metro line 1 to Nanjing station and catch the newer D and G fast trains as well as the slower K and Z trains to numerous destinations inc. Shanghai, Suzhou, Ningbo, Beijing, Chengdu, Nanning, Guangzhou, and Xian. 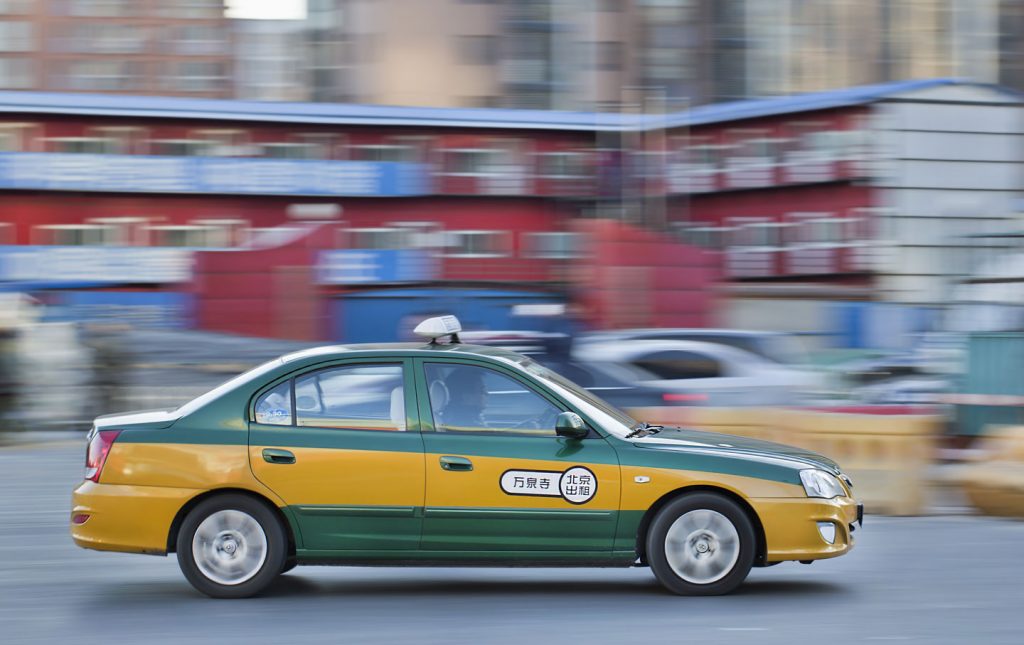 Metro (subway)
The metro is a very affordable way to get around being CNY2 for the first 10km (6mi), CNY3 for 10 to 16km (6 to 10mi) and increasing gradually in a similar fashion. 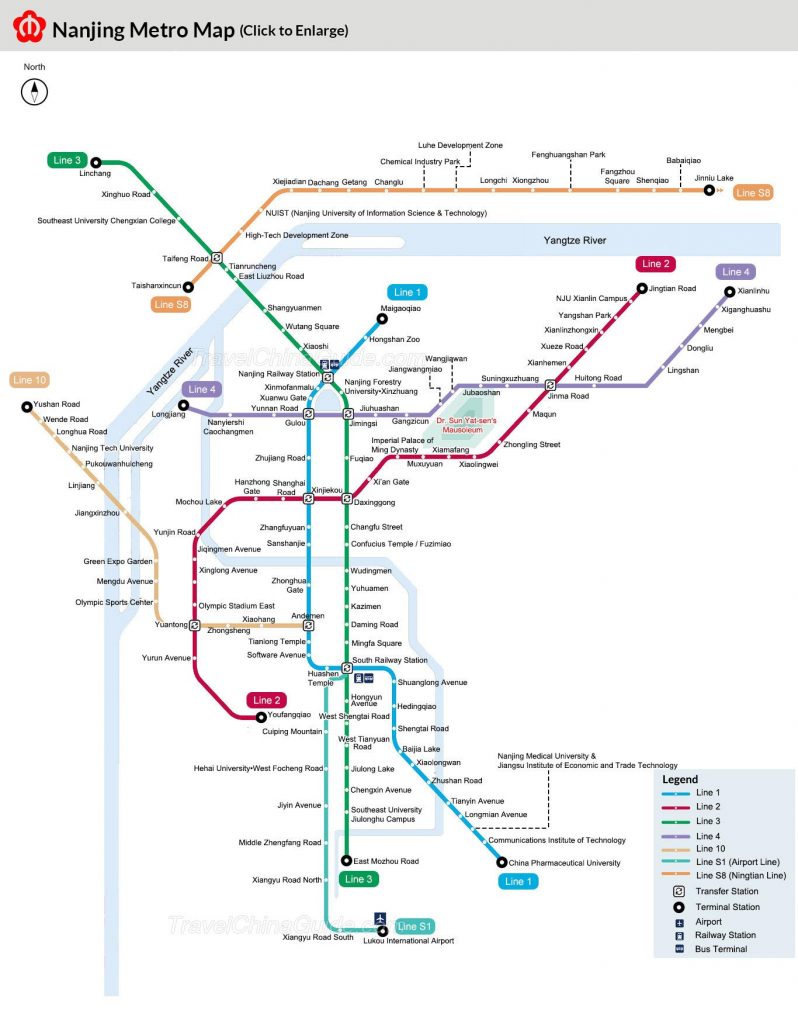 Watch this video from the English service of China’s national broadcaster. In this Travelogue episode, presenter Tianran explores the city of Nanjing in Jiangsu Province.