Guiyang is the capital of Guizhou and It’s one of the most unusual capitals that I had visited in all my time in China. It’s, well, different. It really has its own identity, but then it doesn’t, some call it a mini Hong Kong. and that’s probably the best way to describe it. It’s just a city full of people shopping and eating, threaded with people’s desire to be rich and be seen to be rich. 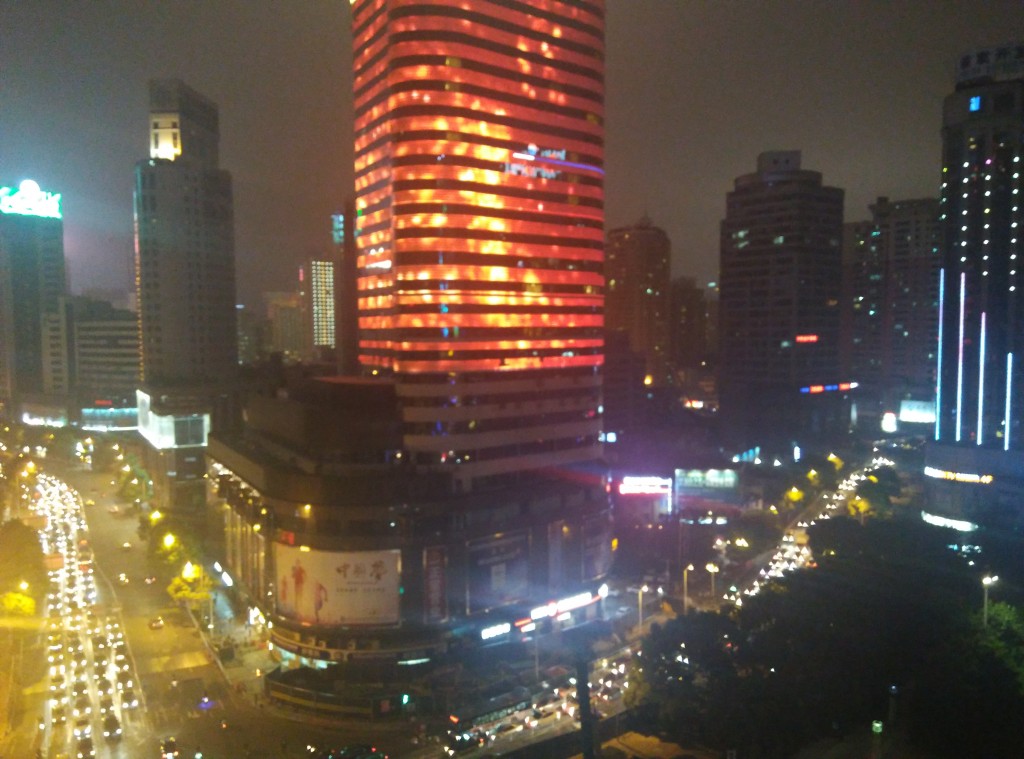 It’s one of China’s poorest regions, although, a  walk through the streets of Guiyang and you’ll see nothing but luxury shopping malls with high-end brand names like Cartier, Gucci and so on. Jewelry stores selling gold abound as do stores selling 5000RMB shirts and 100000RMB crocodile skin shoes. 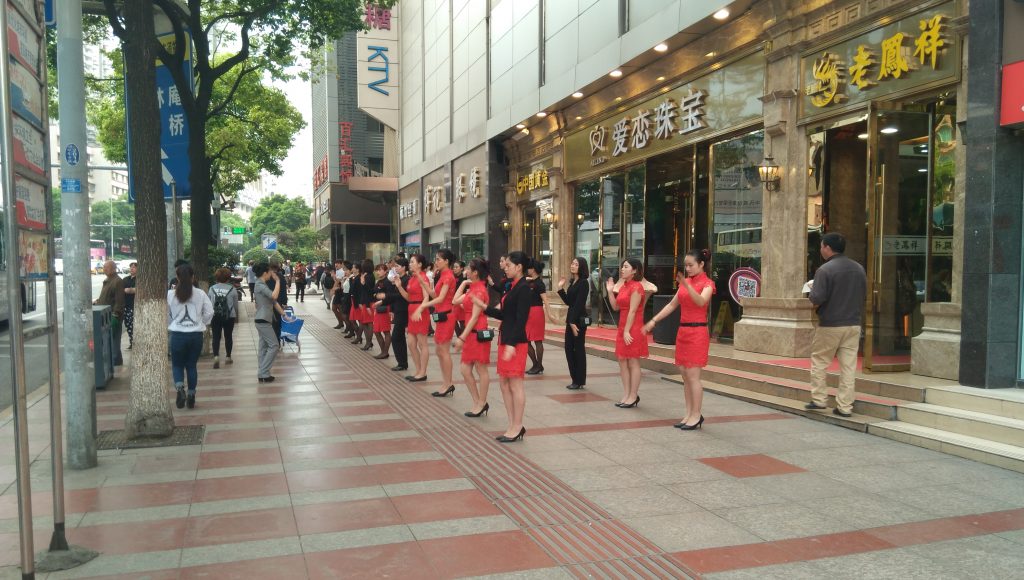 Look past all that and you will see a vibrant culture and the continuation of time-old traditions, square dancing is wildly popular, anywhere there’s a large public space will soon be filled with the older generation line dancing at the morning and night. Ballroom dancing is also popular to a lesser extent, with older couples taking each other hand in hand and swinging to the music. There’s a real openness and special feeling of commune that comes with even just watching, we really lack this in the western elderly lifestyle I believe.

It’s also the home to two very famous brands, Moutai and Laoganma chili sauce, and it’s the future base of China’s Big Data ambitions with many companies such as JD and Alibaba planning/making investments into the city.

On the stranger side, walking around the paths Qianlingshan Park and you meat hear someone singing out a folk song through a battery-operated mini karaoke machine, bizarrely when I heard this, I looked up and there was the guy, by himself standing among the trees, with his microphone and speaker, singing his heart out like some sort of Casanova to beauties walking below, unfortunately for him, this time it was just a smelly old laowai. Qinglingshan Park, its monkeys and Hongfu Temple are the star attractions of this city. The temple is beautiful and it’s a practicing temple inhabited by monks, and you can witness scripture readings, chants and wandering monks. It gets busy on the weekend with lots of people going there for exercise around the asphalt mountain tracks, and people just for the day out to relax. Getting there is easy as it’s very central to the city, you can take a taxi or the number one bus also stops there. Up to the temple is fairly relaxing stroll with some stairs and inclined paths up to the temple with lots of monkeys along the way. On arrival you’ll find plenty of snack stalls, and Siwawa restaurants, more about that one later. Head to the left and you’ll find the ticket box which is probably one of the best value tickets in China at 10RMB. In the gate and admire the beautiful gardens while keeping an eye out for the monkeys. Why? They’re cute little savages. If you’re carrying anything, they’ll want some of that action, be a bag, drink, anything. They’re not afraid to jump on your head either, much to the amusement of other park guests who’ll be filling their SD cards with happy snaps of the foreigner with a monkey on their face.

Be sure to admire the lake, the public square dancing, the men serenading on the hillside among the trees, the monkeys, the different aspects, the cave and most importantly the temple.

Eating in Guiyang can be challenging for some, they love strong flavors and love spicy food. It’s a choice of two ways to die from mouth burning fury here with extensive use of Sichuan Pepper and chili. A safe meal that is a local specialty is Siwawa, and it’s quite tasty and super fresh. Siwawa is is a little like Beijing Duck, in that you get a plate of 10cm round super-thin pancakes which you then load up with tidbits and sauce and much away. Fillings include pickled vegetables, cucumber, coriander, peanuts and more which you place into the pancake, fold up and spoon on a little chili sauce. It’s a must-try.

A special vegetable used in Siwawa is Zhe Er Gen, a peppery root vegetable which is native to Guizhou, be sure to try it out (the thick short root vegetable in the picture above among the noodles and pickled radish. At night you’ll find barbecue stands on the streets just about everywhere, there are also a few designated snack streets, which feature loads of stalls selling all sorts of spicy treats. Two common snacks are BBQ tofu and meat skewers.

Another key attraction not to miss is the Qingyan Ancient city, it’s a short drive out of the city and a pleasant half day. It’s a tourist attraction, make no doubt, it’s packed with stalls inside the old buildings along the cobblestone streets but hey, that’s China style. Actually, it gives you a chance to try, or at least take photos, of many of the popular local snacks such as pigs, which this spot is famous for. There’s loads of chili snacks and tofu too, along with rose jam and peanut candy.

Walk around the parks in the morning or afternoon and your sure to hear whip-cracking that belongs to the popular pastime of Changeluo, A game of spinning top, where whips are used to keep the top spinning. If that doesn’t take your fancy, try joining the square dancers nearby. Best places to stay in Guiyang

Guiyang North railway station (贵阳北站) connects to the Hangchangkun Passenger Railway and Guiyang–Guangzhou high-speed railway.  It is 15 min and about 20 RMB in a taxi to the city center from the station.

Guiyang Longdongbao International Airport (贵阳龙洞堡国际机场) – services most airports in the country with flights offered all major Chinese airlines. A taxi from the airport to the city center takes around 70 min costing around 45 RMB. Alternatively, there are shuttle buses taking around 60 mins/20 RMB that terminate at Jinyang Bus Station in the city. From the airport you can also take High Speed Rail to North station which costs 13 RMB and takes around 10 min, then a taxi from there to your final destination.