With China’s new found wealth it has been going through a long and much-discussed housing boom along with a boom in oversized, xenocentric, weird architecture and skyscrapers.

While much of the grand symbolic, and expensive, development led by local governments will slow down after an explicit statement by the president himself to request a change, skyscrapers don’t seem to be slowing down at all. Even if it’s slowing, this boom period has left an indelible mark on the landscape of China.

Here I will highlight some of the main new architectural attractions, the weird, and the wonderful. Some are bound to become tourist attractions and perhaps all for those who have a bent for architecture and design.

Currently under development, and another design by Zaha Hadid Located in Beijing, this futuristic, and massive complex has opened with a mix of office space and retail shopping and leisure. 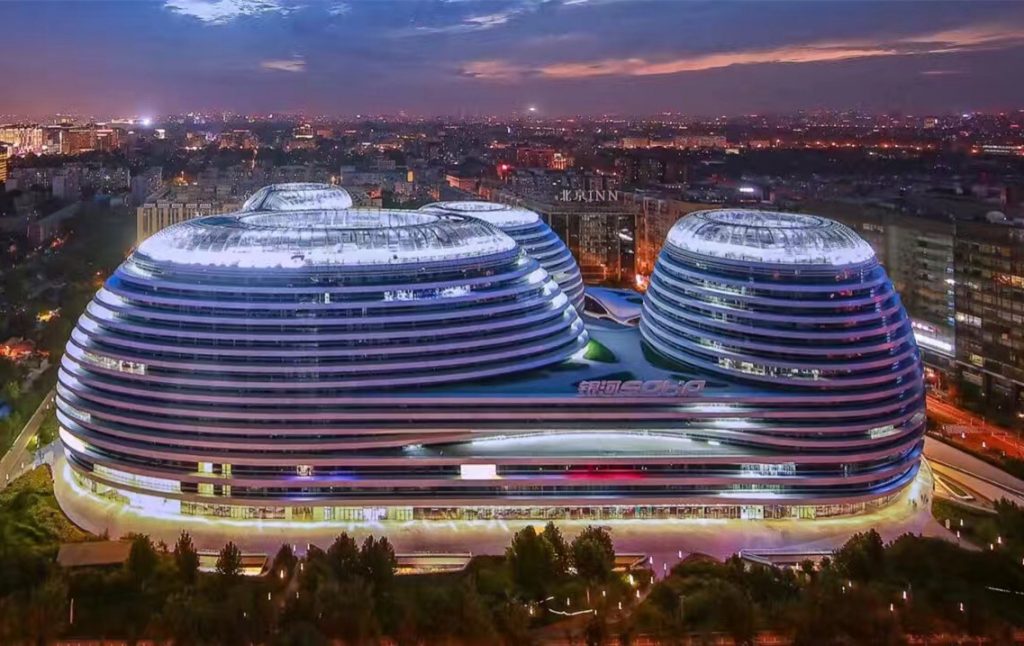 A 157 m landmark built in the  Shenfu New Town near Fushun of Liaoning province features over 12,000 LED’s and was designed by Gary Goddard. Another new development taking place in a satellite city of Beijing

Hainan is being shaped to become the new “Hawaii” and the newly opened Atlantis Hotel and theme park resort shows there is no lack of investment to see that goal become a reality. Located on an artificial island that serves as a resort and cruise center port. A hotel and residential complex in Sanya Hainan. An information building based on the clay teapots that this area is famous for. A civic building located in parkland that represents the stages of a lotus flower. Sheraton Moon Hotel is located lakeside in Huzhou, near Shanghai.

Guangzhou Circle is a landmark building located in Guangzhou, Guangdong province, China. It is the headquarters of the Hongda Xingye Group and the new home of Guangdong Plastic Exchange (GDPE). The Gate of the Orient in Suzhou, Jiangsu

A landmark of the city and commercial building. Office and retail center in Beijing, another design by Zaha Hadid. A government building that looks to be modeled off an ancient Chinese coin, the designer claims it represents the merger of a square and a circle representing the depth of the culture in the city. Locate in the City of Dreams complex in Macau. Headquarters for the state-owned broadcaster, CCTV. 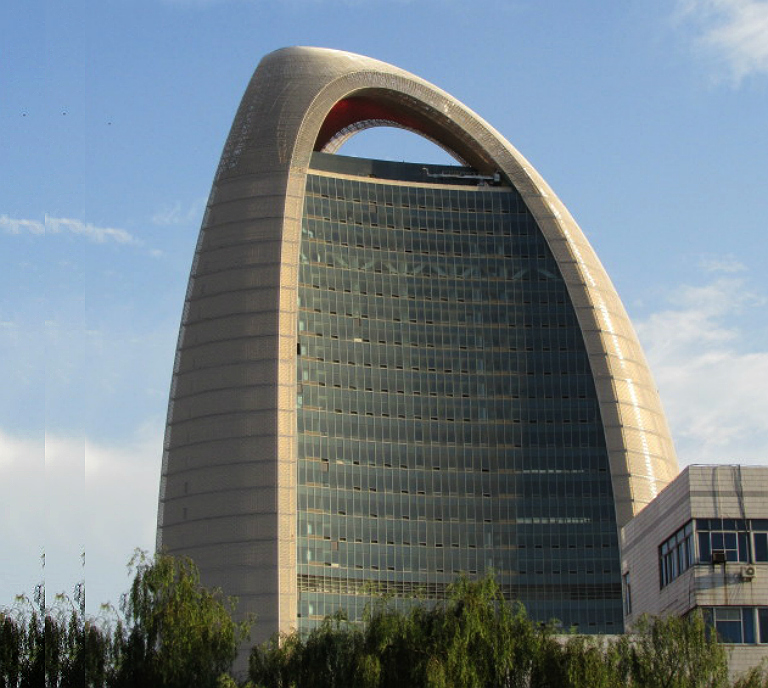 Residential, office and retail. Designed by Ma Yansong aiming to incorporate his vision of “Shanshui” a blending of nature and Chinese tradition into modern architecture (my own words) yet looks more like Gotham City to me. Regardless, it’s still cool.

Ordos in Mongolia is a story in itself, urban planners created a new city from nothing and it’s at the cutting edge of attention-grabbing architecture, yet, slow to gain new residents with many labeling it a ghost town. Surprisingly, it’s slowing growing population is changing that. 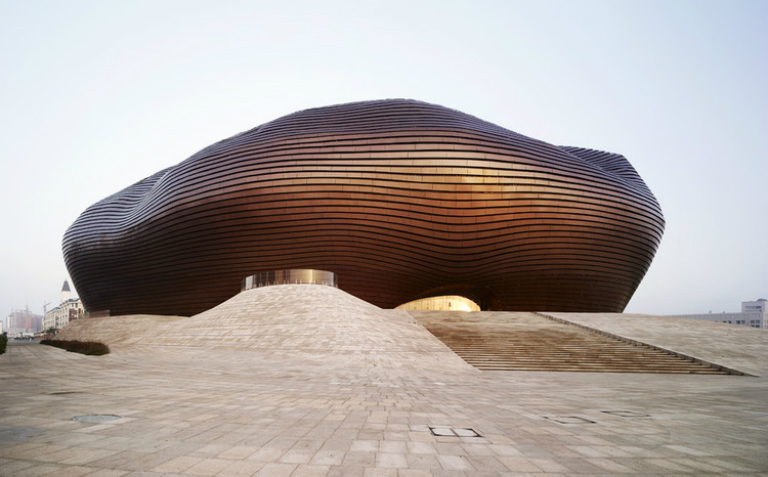 Built to a 50:1 scale and functioning as a showroom of its own development its a popular place for romantics. 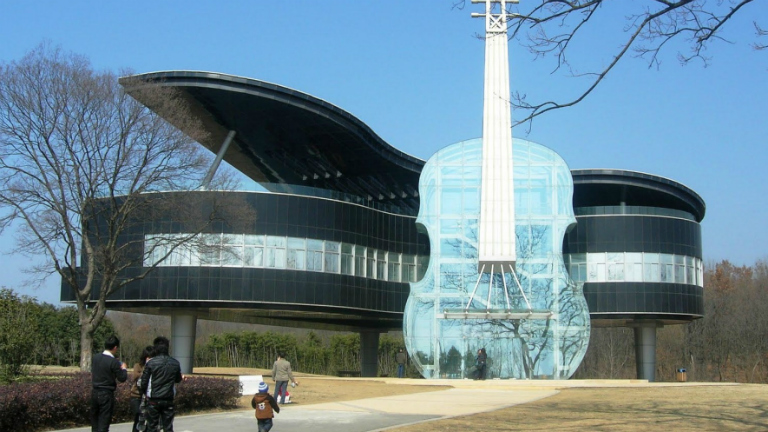 Set to open this year, Raffles City has a prime location by the river in a city that has been described as becoming the new Shanghai. 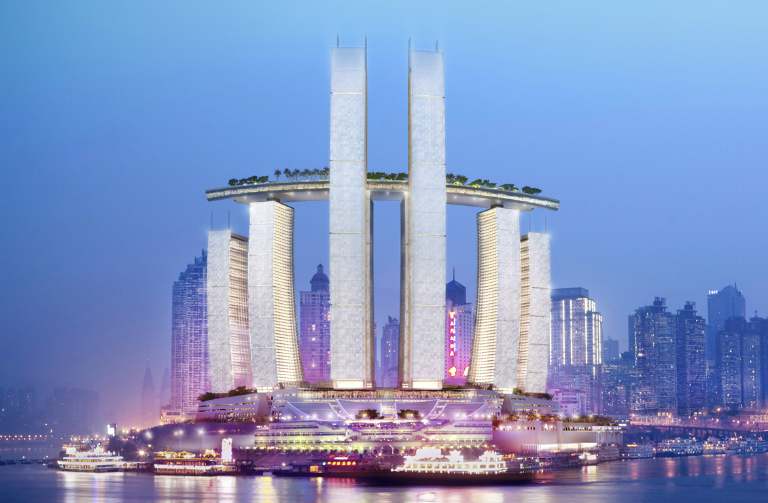 A residential complex, with a difference. Headquarters for the international fashion group, Xinhee. Currently under construction. A residential mega-complex featuring a big focus on public space including brooks, ponds, and waterfalls. This is also from MAD architects once again employing their “shanshui concept”, and it’s impressive. Due to be completed this year. Located in the Tianfu New Area of Chengdu next to the New Century Global Center, a massive retail shopping and leisure center that stakes the claim as the largest building in terms of floor area in the world, the New Century Arts Center is nearing completion. More to come, and I will have some follow up posts on skyscrapers, replica cities, and ghost cities.