The city of Maanshan is located in Anhui Province alongside the Yangtze River and only 30kms from Wuhu and 40kms from Nanjing the capital of Jiangsu Province. The city is home to well over 1 million people.

The city is mostly known for it’s steel and automotive industries, although it remains a city with a liveable feel.

As for tourist attractions, the most notable is the Cai Shi Ji Scenic Area at the base of Cuiluo Mountain. The scenic area is quite large and can easily consume the best part of a day just wandering the traditionally landscaped gardens and exploring the temples.

The area also features an art gallery dedicated to Li Sanzhi reputed as a master of calligraphy. 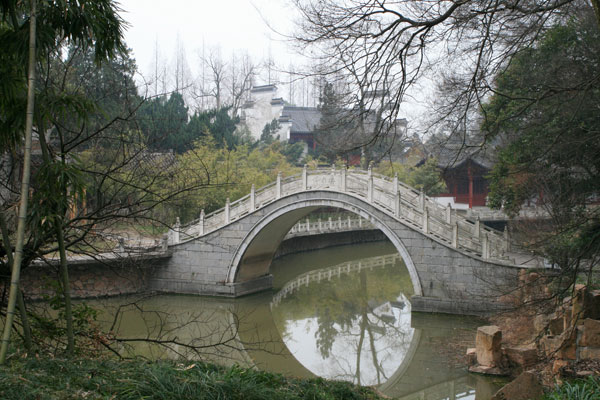 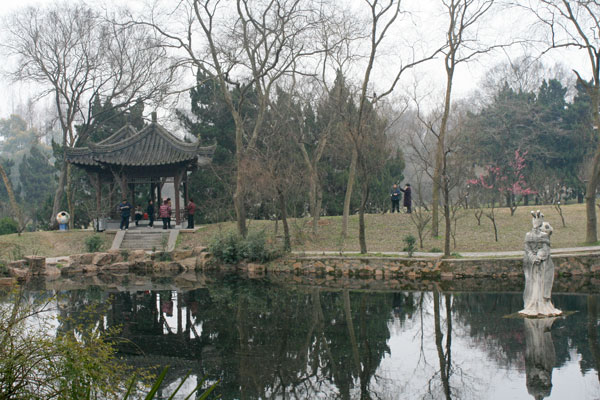 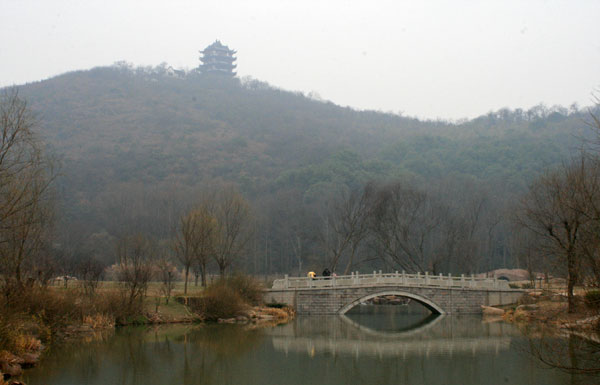 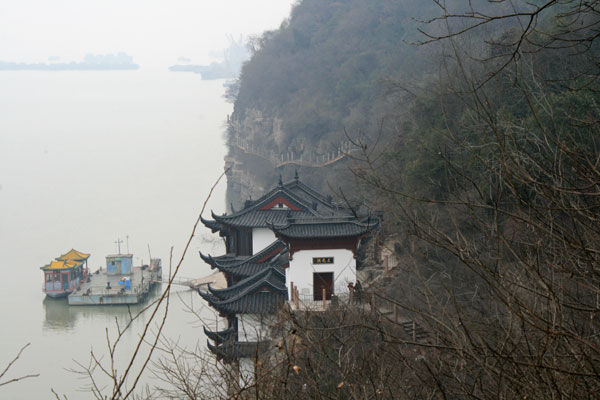 An ancient tale has it that a famous Tang Dynasty poet, Li Bai (701-762), fell to his death here, lost to the murky depths of the mighty river, while ‘trying to embrace a reflection of the moon’ . Some say that perhaps he may also have been drunk and fell in while gazing at the moon, while finding words for a new poem, all of which he had a great passion for, apart from falling. There’s a tomb here which holds his garments, and memorabilia of the famed poet. 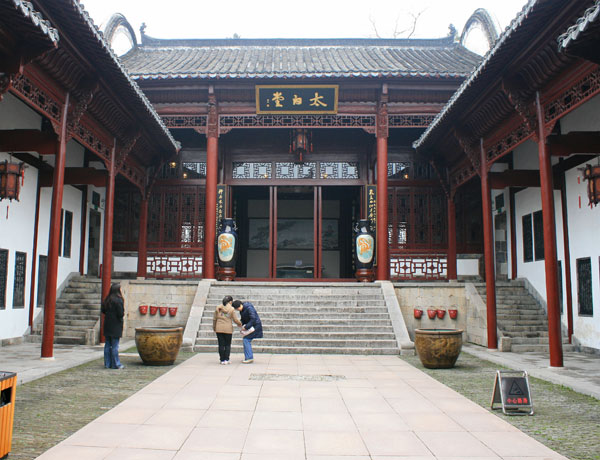 A statue of Li Bai and the painting of mountain area. 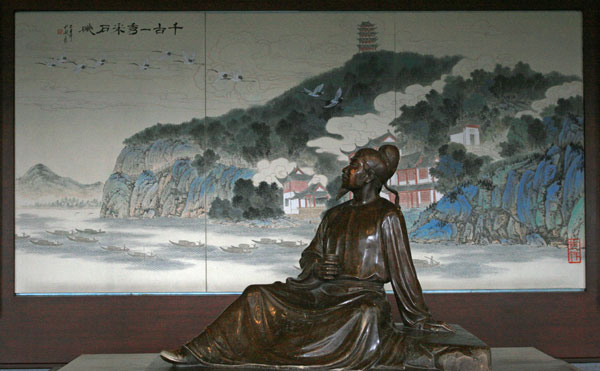 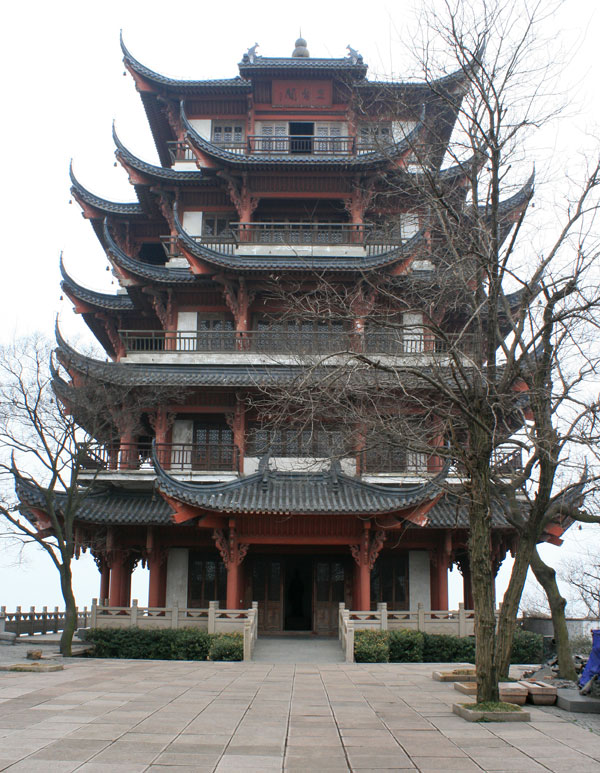