This simple dish is a real favorite of mine and a staple of the Cantonese breakfast scene. Take an early morning wander along the streets anywhere from Hong Kong to way out past Guangzhou and you wont be able to miss it.

Rice noodle rolls, or zhū cháng fěn (cantonese: chee cheong fun) which translates literally to pig intestine noodle, named so only due to its looks.

Every morning the steamer, specially for making rice rolls, is parked out front of the shop and the chef goes to work producing rice rolls fresh on demand as customers grab breakfast on their way to work.

Some stalls/restaurants even produce the ‘rice slurry’ fresh on the day, as you can see in the pic below. 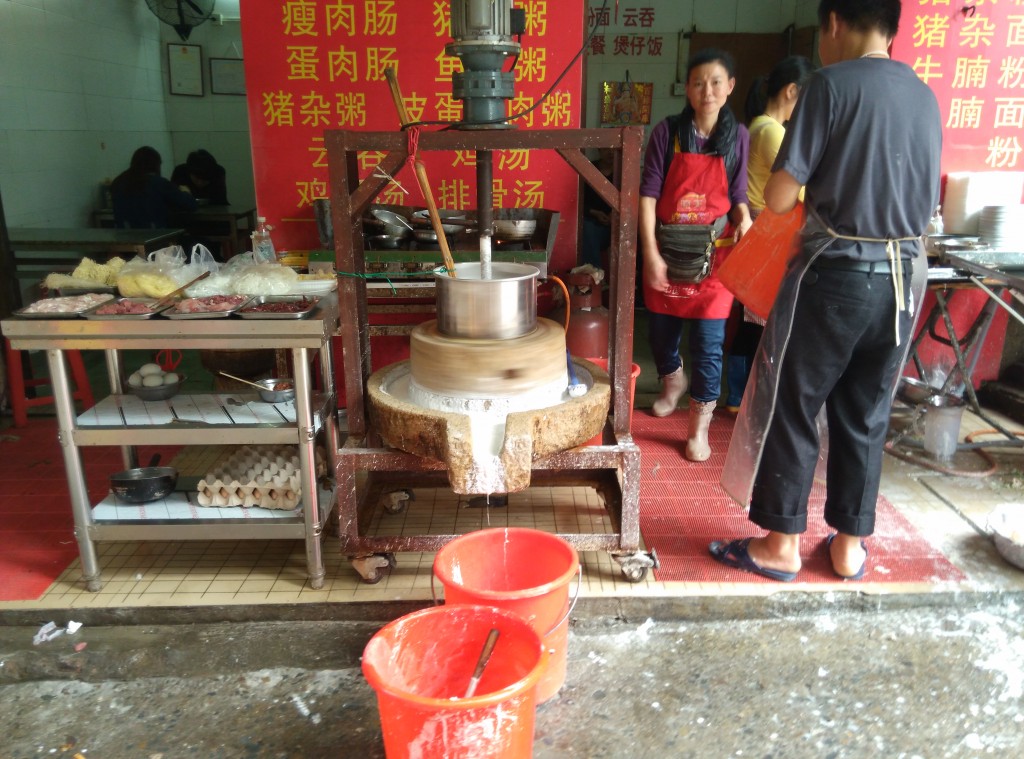 The recipe for the rice slurry is simple enough, rice flour and a little tapioca flour or glutinous rice flour plus water. As for ingredients in the rice roll, the most common is egg, spring onion and ground pork. At Dian Xin (Yum Cha) restaurants you’ll find an even wider array of ingredients including shrimp, beef and even one called Zhaliang (炸兩) which is Youtiao (fried dough stick, a popular breakfast snack in it’s on right) covered in sauce and wrapped in the rice roll.

To be honest, I’m not a fan of some of the rice rolls at restaurants, many use a pre-made rice roll sheet and it’s just not as soft as the freshly made version, especially if it’s not cooked fully.

Here’s yesterdays breakfast being made fresh on the spot, step by step (yep, it’s a bit of messy affair): 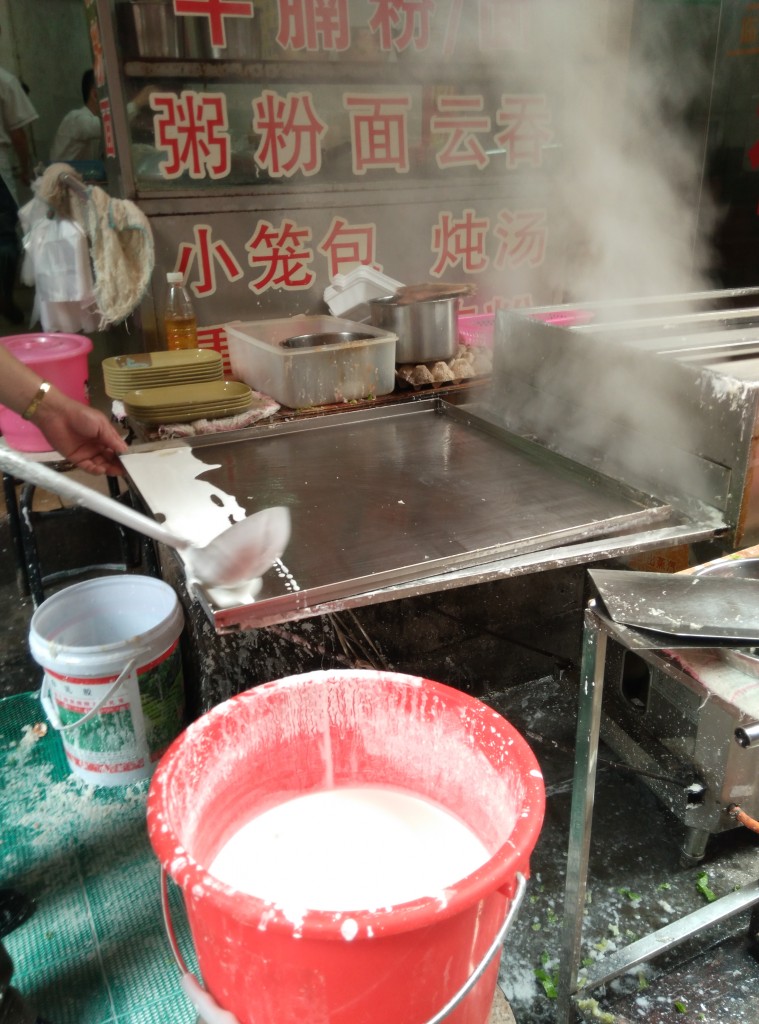 Spread it around until it’s nice and even. 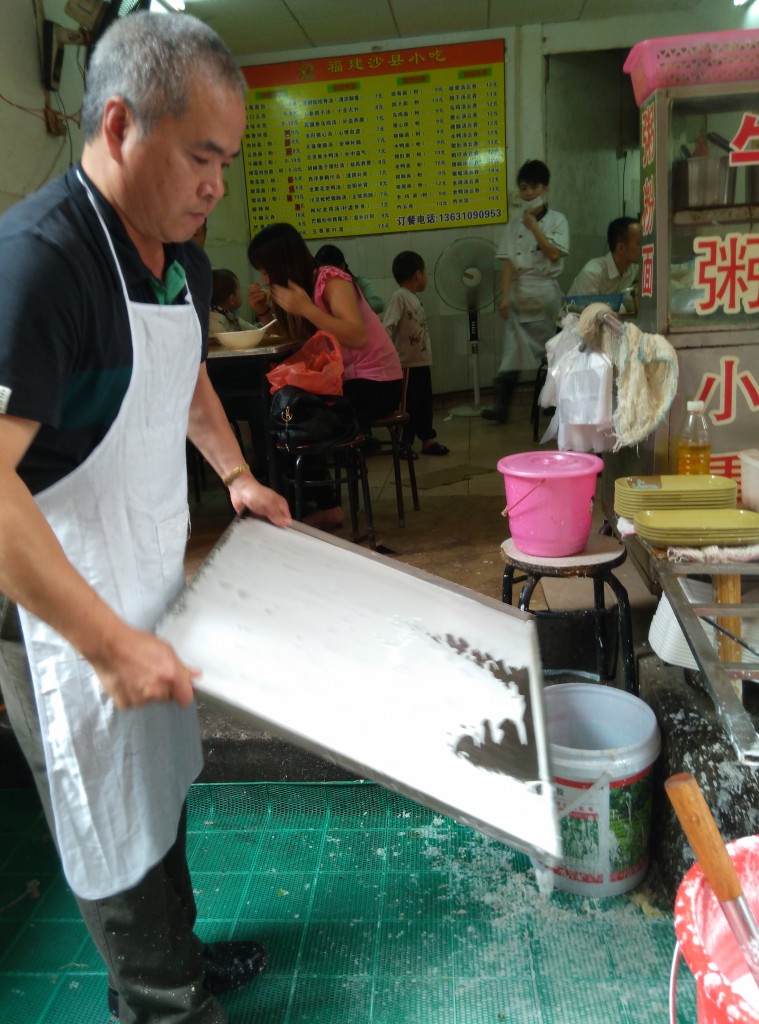 Crack and egg onto it, and spread it out width wise. Then a little meat and spring onion. 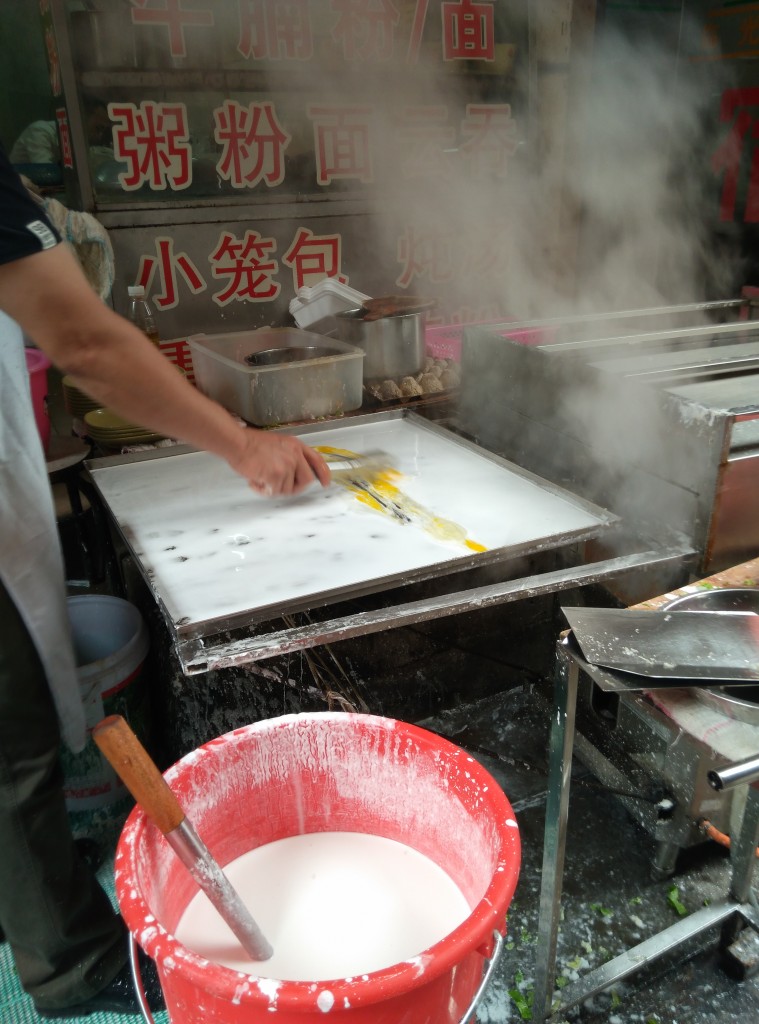 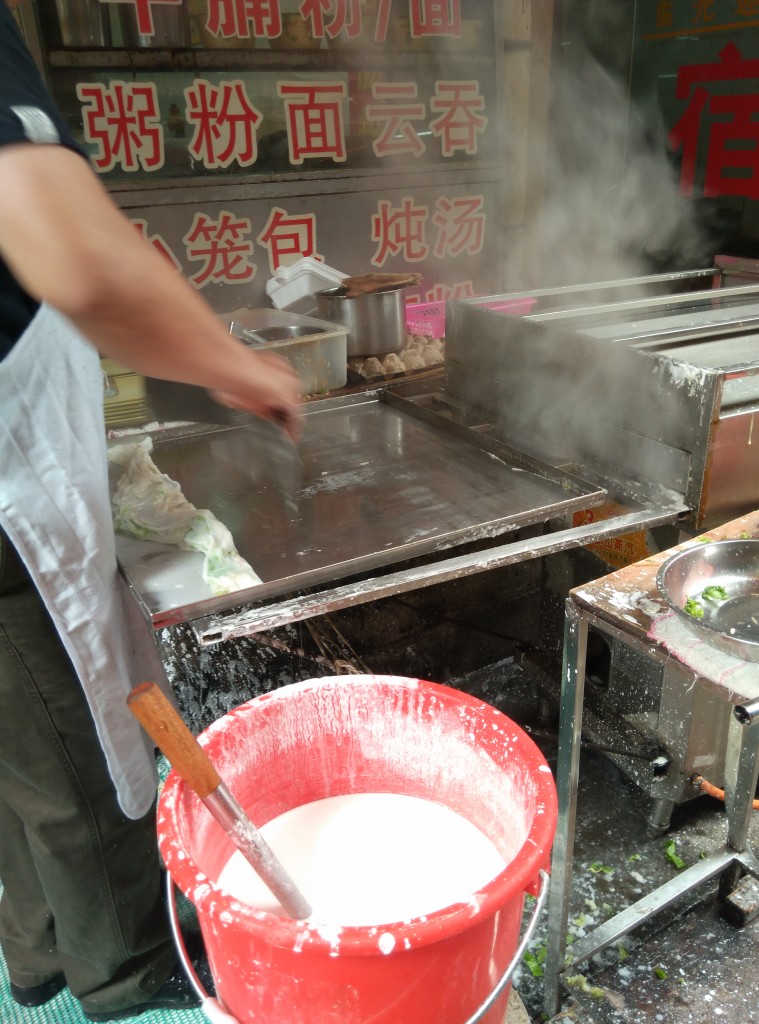 Chopped up into inch long sections and plated up 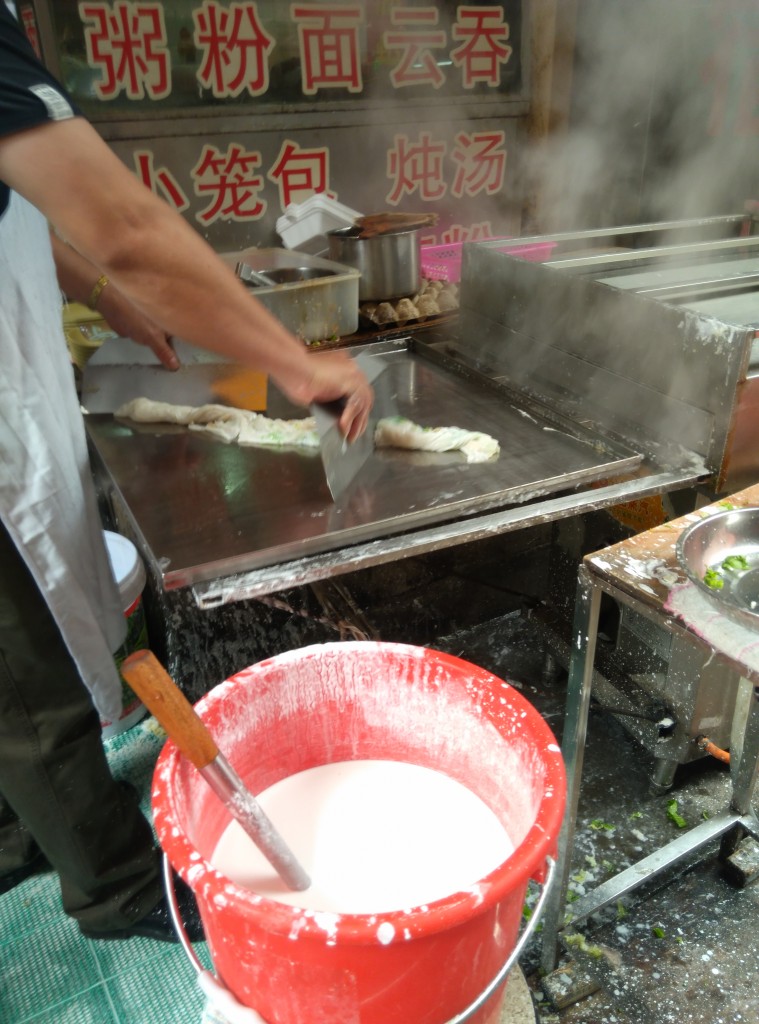 A little soy sauce and down it goes. 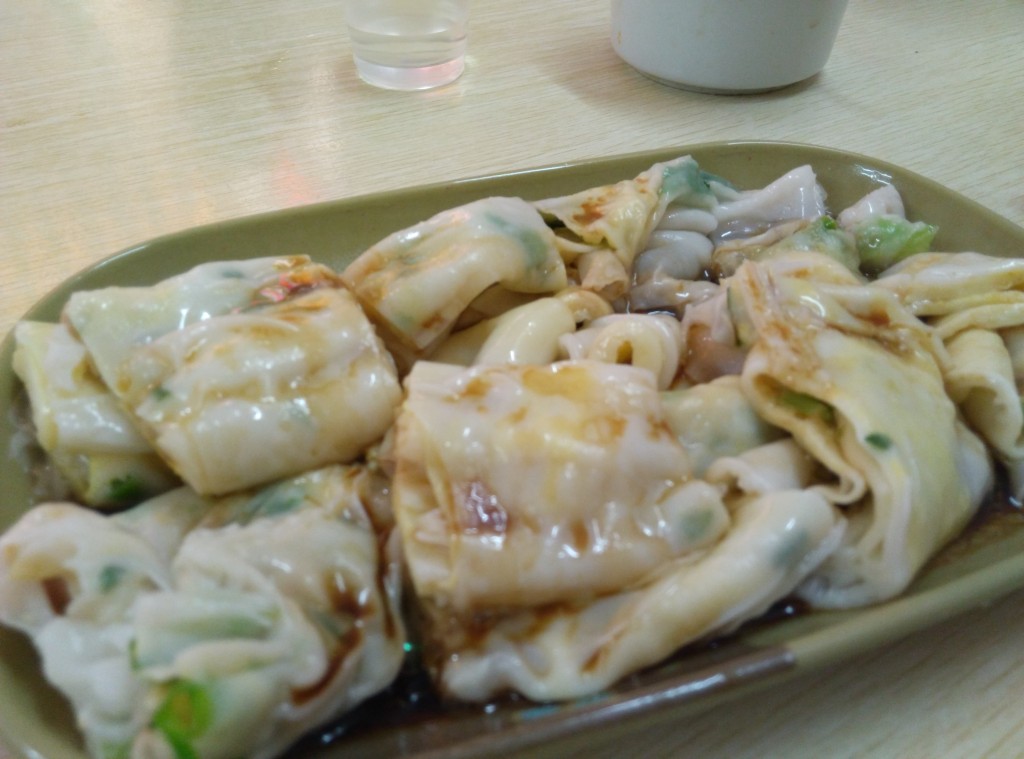