Let’s take a deep dive into the world of Chinese tea and explore types of tea with popular varieties, growing regions, selection, brewing, and wrap up with a little bit of culture.

There are four classes of tea being Green, Black, White, Yellow, Oolong, and Fermented tea which all originate from the Camellia plant (茶花), sinensis or assamica variety. I will cover a few extra types and styles of tea as well. 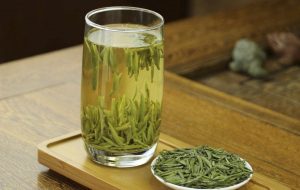 Green tea is made from Camellia sinensis as is black tea and oolong with the difference being that green tea is less oxidized during the tea making process. 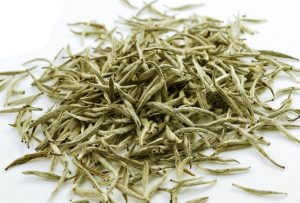 White tea, like black and green tea, is made from the Camellia sinensis plant and in spite of its name, brewed white tea is pale yellow. Its name derives from the fine silvery-white hairs on the unopened buds of the tea plant, which give the plant a whitish appearance. 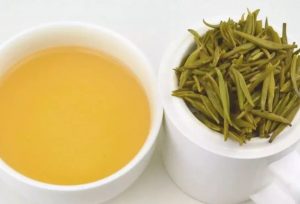 The process for making yellow tea is similar to that of green but with an added step of encasing and steaming the tea. This allows the tea to oxidize at a slow rate for a brief period before the tea is heated fully to denature the oxidizing enzymes, producing a far more mellow taste than is found in most green teas; this also gives the leaves a slightly yellow coloring during the drying process. 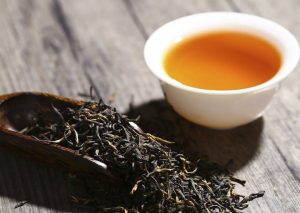 Fermented tea (also known as dark tea) is a class of tea that has undergone microbial fermentation, from several months to many years.  The most famous fermented tea is puer, produced in Yunnan Province, and the Anhua dark tea produced in Anhua County of Hunan Province. 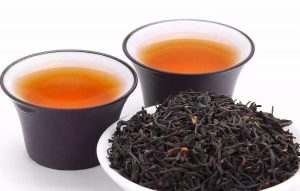 Black tea is simply more oxidized than oolong, green, and white teas and in turn, offering stronger flavor. All four types are made from leaves of the shrub, Camellia sinensis. 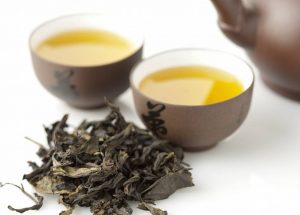 Is a semi-oxidized tea that sits somewhere between green and black tea. Many varieties of Oolong are formed not only by variation in the process but also from varieties of the Camellia sinensis tea plant specific to certain regions. Wuyi teas are generally classified as black or oolong, but I will give it it’s own category here as Wuyi teas are distinct in origin, cost and flavor. Wuyi teas are grown in the Wuyi Mountains of northern Fujian, and are highly prized due to the mineral-rich soil they are grown in. Whilst being high quality, the yield is low and these Wuyi teas are expensive. Da Hong Pao, as one example, is more expensive than gold due it being made from the oldest original plants from the Wuyi region. 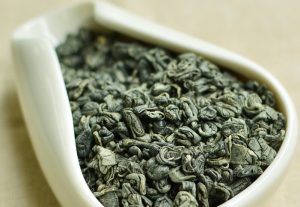 Tea leaves that are been rolled into a ball which has a resemblance to gunpowder thus the English naming. It is made usually using green or oolong tea. The rolling is believed to help the tea maintain flavor and aroma. 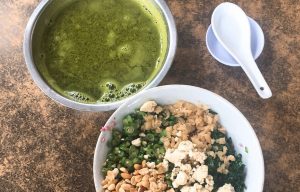 Possible more of a soup than a tea, using either oolong or a green tea together with roasted nuts, roasted grains such as rice, spices such as ginger which are all ground in a mortar and pestle/food processor. Hot water is added and it is eaten/drank with a spoon. Modern versions of Lei Cha can include lost of vegetables as well. 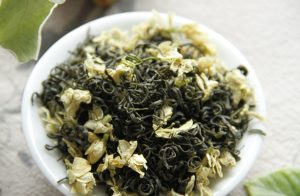 Hua Cha, aka Scented teas (also called flower teas), can be either green or white teas that are been infused with certain flowers, which impart a delicate and interesting taste, and of course a wonderful aroma. Flowers used for blending include Jasmine, Osmanthus, Rose, and Chrysanthemum. The most famous is Moli Hua Cha (茉莉花茶) aka Jasmine tea. 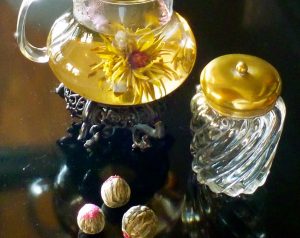 Tea leaves and flowers are specially bound together into a bulb which, when steeped, grows and unfurls as it were a live flower blooming. 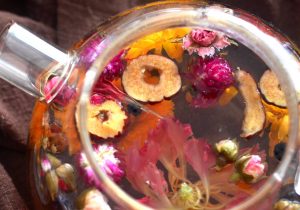 Technically not tea, as there are no tea leaves involved, herbal teas are an infusion of plant flora and plant roots etc. that offer health benefit or medicinal properties.

All of China’s tea producing regions are located in Southern China due to the favorable warmer humid climate. The most famed provinces are Fujian, Anhui, and Zhejiang while typically tea production in China is classified into four key areas being

The most famous teas in China are noted as the Ten Great Chinese Teas (中國十大名茶) which is derived from the teas chosen and taken by China to the 1915 Panama World Expo.

Xin – The Xin method is to choose fresh tea, never using bitter or dull-fragranced teas. Green tea, for example, starts losing flavor and aroma after 2 months depending on type and storage method.

Gan – means that the tea leaves need to have low moisture content (less than 6%). High moisture can lead to poor shelf life and mold growth.

Jun – The thickness of the leaves should be consistent along with the color also being free from burn marks.

Xiang – noting the fragrance it should be a soft scent without any burnt or sour aroma.

Jing – there should not be any foreign substances.

Choosing the right equipment for the type of tea

The choice of teaware is mostly a cultural one, with different regions of China each having there own favored style. That said, it is very favorable to use glassware for high-quality green teas as the colors and “dancing” of the leaves as they brew is all part of the tea experience. The white porcelain gai wan (盖碗 literally: lidded bowl) is also suitable in this case and also suitable for white tea and scented teas. For black, oolong, and puer you may like to use a Yixing clay teapot (宜兴) to brew the tea.

For drinking, it is often preferred to use small cups so as to appreciate the range of flavors throughout the brewing process, especially in traditional gong-fu style.

As a rule of thumb, for oolong, black and green tea you can use 3g tea per 200 ml of water. 3g of tea is roughly one teaspoon depending on the density of the tea with two tablespoons used for large open style leaf teas. For Puer tea use a little more and about 5-10g per 200 ml of water.

For low-cost teas, the water temperature does not matter too much although for high-quality teas using the incorrect temperature will destroy the qualities of the particular tea.

For low-cost teas with small particles such as that in tea bags or Hong Sui Cha (红碎茶) add water and let sit to brew for 3-5 minutes and serve. After, throw away the leaves as they have nothing left to offer.

For Oolong using a Yixing teapot,  brew briefly and throw away the water. Add water again and brew for one minute. Add 15 seconds to the brewing time with each refill up to four times. 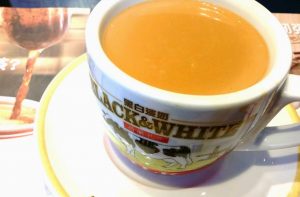 Hong Kong-style milk tea is made from black tea and evaporated milk. In Hong Kong, tea masters are revered for their creations with each having their own secret recipes which may include several types of teas and their own unique brewing styles. 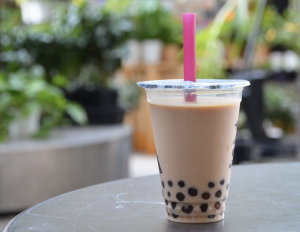 Hailing from Taiwan, bubble tea has become a global craze. “Pearls” that are made from tapioca flour are added to a rich sweet milk tea to make the popular street stall beverage. There are endless varieties.

Going way back to the Warring States period (475–221 BC), tea was made from freshly picked tea leaves, perhaps picked fresh from the tree, steeped and drank right there on the spot. It wasn’t until the around the Sui or at least prior to the Tang Dynasty (618–907 AD) that processing of tea developed tea to produce a product that could be stored, transported, and drank as needed.

During the Tang Dynasty, tea leaves were steamed and molded into solid cakes of tea, then in the later Song Dynasty (960–1279) they were steamed, pressed, and rolled and the later Yuan Dynasty (1271–1368) tea leaves were heated by hot pan, rolled and dried similar to how green tea is produced today. Later developments would see the creation of Oolong teas and much later black teas.

With tea came the tea gardens where people would come to share conversation, play mahjong and other games and while away the hours, tea houses where people would go to drink and play chess, watch opera, or snack on local delicacies. Practices which regardless of modernization and growth of coffee culture continue to this day. Tea is also interwoven into local religion, in the way of tea or Cha Dao (茶道) interconnected with spiritual practices of Taoism.

Tea culture is not just about the tea, it is life itself with the art of tea allowing one to develop a calm and peaceful nature (廉 lian), through the enjoyment of art, beauty, and the senses (美 mei), while conversing with friends (和 he), and being of service to guests and elders (敬 jing).

Tea has been central to the Chinese way of life ever since its inception and remains firmly so with highly prized rare teas costing more than gold of the same weight and collectors who are willing to pay millions for teapots made by famed artisans.