With the news that a development company is seeking to create a clone of Old Quebec near Shanghai, I thought it would be a great time to revisit some of the replica cities, copycat towns, or if you like duplicature, in China.

Some years back it became fashionable to replicate European towns, mostly on small scale, providing homes for anywhere from 10,000 to 50,000, but they kinda flopped mostly bar a few examples such as Jackson Hole, and Florentia Village which is purely a shopping and entertainment district.

I am sure there is many more, but here are the ones I know of. Florentia Village, Wuqing District, Tianjin 佛罗伦萨小镇
A replica of a 16th-century Italian renaissance town featuring canals, colonnades, and bridges. It’s somewhat authentic, being designed by Italian designers and featuring many outlet stores for famous Italian luxury brands such as Gucci, Prada etc. It functions as a massive outlet mall as is set to be expanded. There is also a Florentia Village in Shanghai, and a new development planned for Chongqing. Tianducheng, Hangzhou, Zhejiang Province 天都城
A half-billion dollar project with housing for 10,000 people was built some 10 years ago and was based on French Neoclassical style. The centerpiece is, of course, the replica Eiffel Tower. Hallstatt, a historic Austrian Alpine village – Guangdong 廣東惠州博羅哈施塔特
The project is invested by the large central government-owned China Minmetals Group. The development and construction period is approximately six years, with a total investment of 6 billion yuan. It covers an area of nearly one million sqm featuring a beautiful mountainside backdrop, lakes, bars, churches, and Austrian European architecture replicating the Austrian Village of Hallstatt. Interlaken – OCT Shenzhen 深圳茵特拉根小镇
A replica of Swiss Alps town (albeit Shenzhen that is tropical) and located in the very scenic area of Yantian district between two mountains. It’s part of a massive theme park and eco-resort called OCT East. The replica town features cottages, lake, luxury hotel, spa, village square, old train, a replica of the Hotel Victoria Jungfrau and the Kappelbrücke in Lucerne. Tonghui Town, Beijing 通惠小镇
Tonghui Town Bar Street resembles the Interlaken architectural style of the Alps. Restaurants, cafes, bars, towers, and hotels line up in a typical European mountain dwelling pattern. That was the intention anyway, sadly no one came, it lies empty. 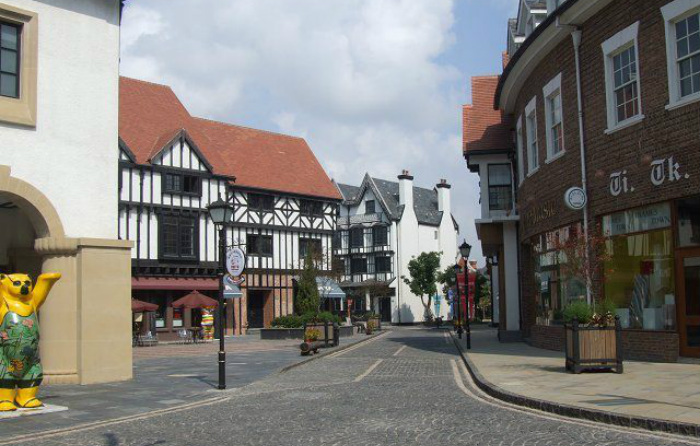 Anting New Town, Jiading District, Shanghai. 安亭新镇
A German-themed residential development intended to house 50,000. The developer was Shanghai International Automobile City Real Estate Co., Ltd. the Anting New Town covers an area of about 5 square kilometers. It is nearby to Anting Auto City which is an automotive industrial base 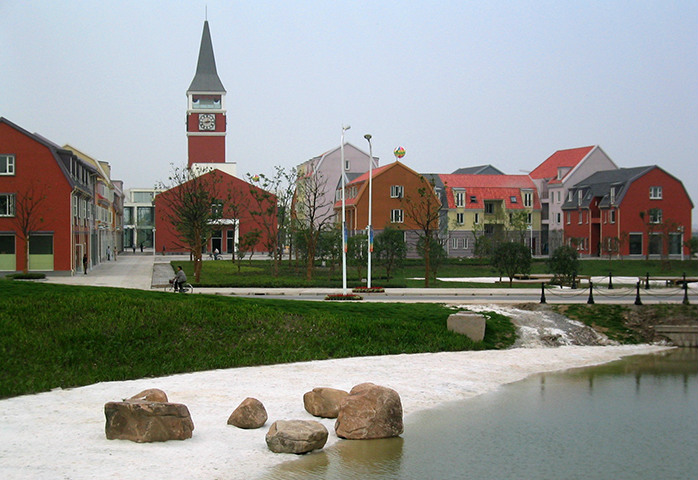 North Europe Town – Luodian Town, Baoshan District, Shanghai 罗店北欧新镇
Designed by a Swedish architectural firm it is meant to resemble the Swedish town of Sigtuna and house some 50,000. Spread over 6 sqm it features a replica of Lake Mälaren and Iceland’s House of Parliament plus a golf course and conference center. 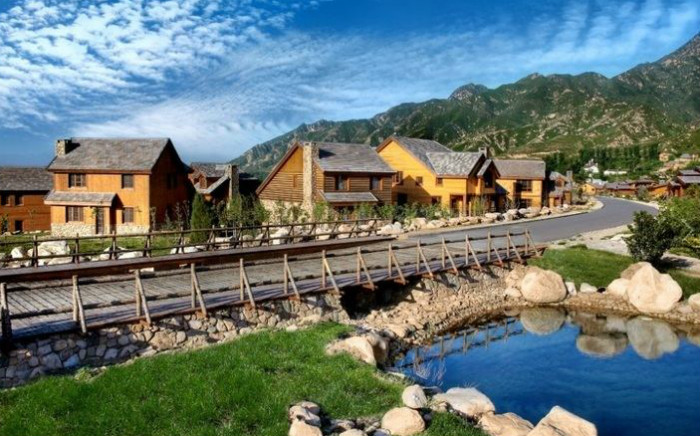 Jackson Hole – Beijing Hebei Province
Based on the American town of the same name. Binhai New District, Tianjin – the new Manhattan Project
Binhai New District includes 7 towns and 19 subdistricts. It’s an area built from nothing and has a goal to become one of the worlds largest ports and centers for financial innovation. While it has been labeled a “Ghost Town” it has two major national scale projects that will surely push some wind into its sail being the BRI (Belt and Road Initiative) and the Beijing-Tianjin-Hebei integration project. Yujiapu and Xiangluowan districts which are loosely aimed at replicating Manhattan began construction on a government debt led “build it and they will come” approach. That approach saw construction boom and then stall, and now, it’s slowly starting to begin again as government departments move into the area.