Some images released by NASA give a visual insight into the staggering growth of one of China’s fastest growing regions, the Perl River Delta, Guangdong.

Once upon a time this fertile farmland with fishing villages on the coast and rice fields inland, has in just 17 years, grown from 10 million people to 42 million people. 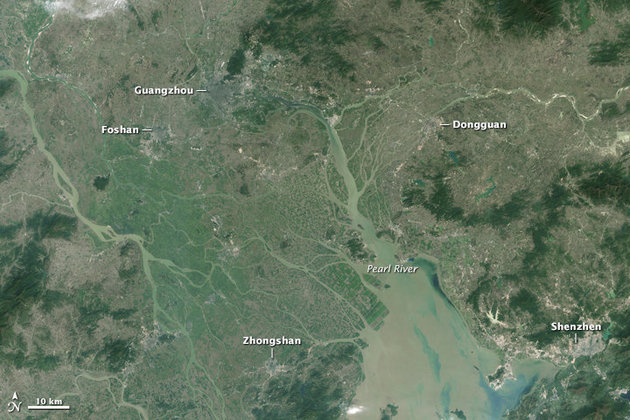 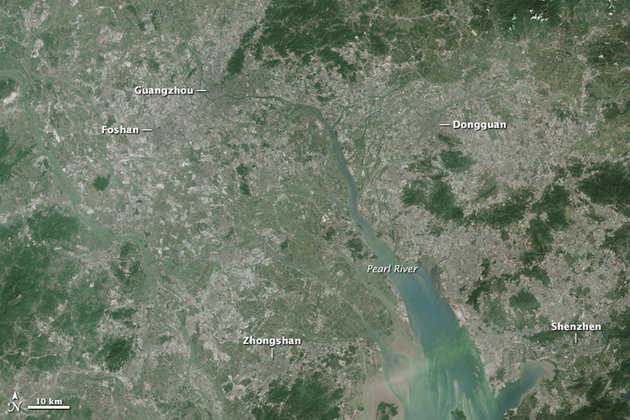 Even in the few years I spent in Shenzhen, you can feel the development rate is progressing faster than ever, and that the cities of Qingyuan, Guangzhou, Dongguan, Zhongshan and Shenzhen are slowly growing into one big mega urban metropolis. Soon to be connected by fast rail, Hong Kong may come into that too, perhaps with some discontent.